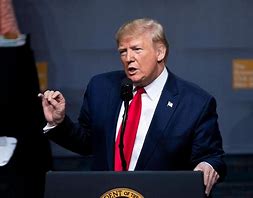 A US court Thursday granted former president Donald Trump’s request to temporarily halt the release of White House documents that could implicate him in the January 6 attack on the Capitol.

The documents have been sought by the House Select Committee investigating the riot and had been ordered released Tuesday by a US district judge.

The US Court of Appeals for the DC Circuit said Thursday, however, that it had granted what it called an administrative injunction and scheduled arguments for November 30.

The three-judge panel specified that the move “should not be construed in any way as a ruling on the merits” of the case.

On January 6, hundreds of Trump rampaging supporters overran Congress and delayed a joint session to confirm that Joe Biden had won the November 2020 election and would become president.

Biden has already approved the release of the records, which are held by the National Archives. The House panel was to receive its first batch on Friday.

Overall the House has requested more than 770 pages of documents including records from Trump’s top aides and memos to his press secretary.

Among the records are documents from Trump’s former chief of staff Mark Meadows, his former senior advisor Stephen Miller and his former deputy counsel Patrick Philbin.

Trump had also hoped to block the release of the White House Daily Diary — a record of his activities, trips, briefings and phone calls.

Another trove of documents Trump does not want Congress to see includes memos to his former press secretary Kayleigh McEnany, a handwritten note on the January 6 events and a draft text of his speech at the “Save America” rally. Delivered just prior to the attack, Trump in that address urged followers to “fight like hell” in defense of his false claim that the election was stolen from him.

Earlier this week, the House committee issued subpoenas to top Trump aides who allegedly plotted to overturn his defeat in a “war room” at a luxury Washington hotel as well as for some of his most senior lieutenants, including McEnany and Miller.

An Open Letter to Sen. Kalu Orji by Abia League of Professional Initiatives (ALPI) On Vote Against Electronic Transmission Of Electronic Results In the Electoral Act Amendment Bill