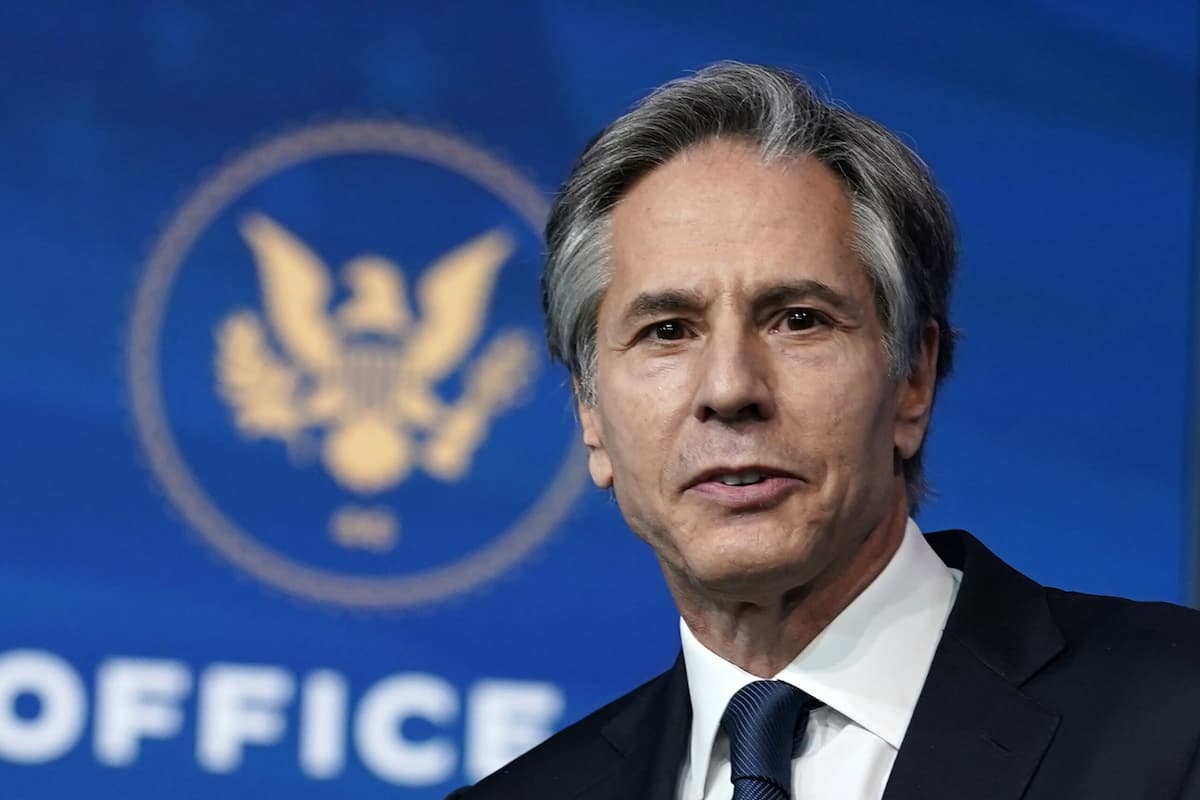 United States Secretary of State Antony Blinken concluded his three-country tour of Africa penultimate Saturday, following visits to Kenya, Nigeria and Senegal, declaring that “Africa is the future” that can no longer be treated as “a subject of geopolitics”.

In Kenya, Blinken announced a new initiative to help more people get vaccinated against COVID-19 and launched a project to empower young people across Africa fighting against the climate crisis.

Here in Nigeria, the US signed a $2.1 billion development assistance agreement in health, education, agriculture and good governance.

Blinken also witnessed the signing of more than $1 billion agreements on infrastructure projects between four US companies and the government of Senegal in Dakar, the capital.

The American chief diplomat, in an address at the ECOWAS Commission on Friday in Abuja, laid out US policy approach to Africa, which aims to strengthen partnership with the continent amid growing Chinese influence.

He said the US considers Africa a “major geopolitical power” where it seeks to invest in infrastructural projects without the beneficiaries becoming burdened by unsustainable debt.

He said the US partnership with Africa would focus on global health, climate crisis, inclusive economic growth, democracy and peace and security.

Blinken also disclosed that President Joe Biden plans to host the US-Africa Leaders’ Summit as a sign of American commitment to its partnerships across the continent.

The summit, he said, was to drive the kind of high-level diplomacy and engagement that can transform relationships and make effective cooperation possible.

The US has launched some initiatives to boost its bilateral trade with Africa.

The Prosper Africa initiative aims to increase two-way trade and investment and the Africa Growth and Opportunity Act – known as AGOA – provides duty-free access for developing countries to American markets.

But the initiatives have not yielded desired results. The US-Africa trade accounts for less than two per cent of American total external trade.

Blinken said looking ahead, the US wants to help create the kind of opportunity that doesn’t benefit only the well-off but creates good jobs for people at every income level and lays the foundation for more inclusive and environmentally sustainable growth for years to come.

He said the American commitment to inclusive growth was behind the Build Back Better World (B3W) initiative, which was launched by the US and other Group of Seven (G7) countries in June this year to rival China’s Belt and Road Initiative (BRI) for the infrastructure development of low and middle-income countries.

The B3W, experts said, would further intensify the US-China competition over infrastructure investment in Africa, where Chinese loans have financed large-scale projects through BRI.

The BRI had been criticised as China’s geopolitical tool to expand its global influence and put countries, especially developing economies, under its orbit by way of “debt-trap diplomacy”.

Though Blinken did not mention Chinese projects in Africa in his address, he said many infrastructure deals “are opaque, coercive, and burden countries with unmanageable debt.”

He said American approach at bridging infrastructural deficits would be sustainable, transparent and values-driven.

“We will do things differently,” he said.

“We want to create local jobs and benefit local communities. We support anti-corruption and transparency measures, so leaders and citizens can evaluate whether deals made on their behalf really are worth it. And we want to protect workers and the environment.”

Blinken said at a joint news briefing with Nigerian Foreign Affairs Minister, Geoffrey Onyeama, that Chinese infrastructure investment in Africa was in principle a good thing, but that countries should not be left with tremendous debt that they cannot repay.

Onyeama, however, countered him, saying the bilateral loan Nigeria has received from China was sustainable.

“We saw a great opportunity with the Chinese. They are used to a lot of these huge capital projects and infrastructure projects,” he said.

Africa has received vaccine donations from different donors, including United States, which provided more than 50 million doses to 43 African countries.

However, the continent still has the lowest vaccination rate in the world, with about 77 million Africans, just 6% of its population, fully inoculated, according to the World Health Organisation (WHO).

In comparison, over 70% of high-income countries have already vaccinated more than 40% of their people.

WHO Africa Office said around 50 million vaccine doses arrived in the continent in October, which was almost double what was shipped in September.

It, however, said at the current pace, Africa still faces a 275 million shortfall of vaccines against the year-end target of fully vaccinating 40% of its people.

“The new public-private partnership, the Global COVID Corps, will connect American businesses with countries that need logistical help with the so-called “last mile” – turning vaccine doses into actual shots in arms,” he said.

“We’re also supporting countries like South Africa and Senegal in their work to manufacture vaccines themselves, and we want to invest more in efforts like these, because increasing vaccine production in Africa makes it easier to distribute them, which saves lives.”

“Lake Chad was a vital source of water, food, livelihoods for people for centuries. Now it’s almost gone – shrunk to one-twentieth the size that it was 60 years ago,” the US diplomat noted.

Blinken said the fact that Africa is bearing the burden of climate crisis despite being responsible for only a small fraction of the emissions makes it critical that developed countries do much more to support Africa against this threat.

He, therefore, said from US $3 billion climate fund, his country would support the Africa Adaptation Initiative and other programmes, which aim to plan and finance infrastructure that’s energy-efficient and resilient to climate change.

“We’ll continue our work with the African Union and other regional partners on climate-smart investments in agriculture, protecting forests, and improving climate education,” he added.

Blinken expressed concern that democracy is backsliding around the world, authoritarianism is on the rise and that governments are becoming less transparent.  He, however, emphasised that democratic backsliding was not just an African problem.

“It’s a global problem,” he said, noting that the US was also “struggling with threats to our democracy. And the solutions to those threats will come as much from Africa as from anywhere.”

He said President Joe Biden would convoke a “Summit for Democracy” next month for countries around the world to share best practices, to make public pledges and to hold each other accountable.

“We need to show how democracies can deliver what citizens want, quickly and effectively. When we fail to do that, people lose their trust in the democratic model, and that fuels the arguments that authoritarian governments make – that their system is better,” he added.

Blinken noted that not all conflicts can be ended by force, and that instability and insecurity being witnessed across the continent could be better confronted through collaborative efforts to expand economic opportunity, especially for young people and others who might be drawn into criminal activity out of desperation, and out of a feeling that they have no other choice.

To resolve conflicts, he said the US stands ready to support swift and sustained diplomacy with national leaders, regional organisations, international allies and institutions, including the United Nations.

The top US diplomat said he knew countries across Africa were wary of the strings that come with international engagement and feared that in a world of sharper rivalries among major powers, countries would be forced to choose.

Blinken assured that the US would not limit African partnerships with other countries.

Igboho can’t be assured of safety, justice if extradited to Nigeria -Okei-Odumakin