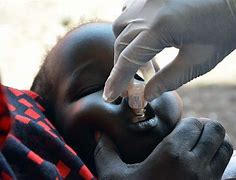 The Federal Capital Territory Administration (FCTA), on Thursday, June 24, 2021, confirmed that seven people have died from the outbreak of cholera in the territory.

The Acting Secretary, FCT Health and Human Services Secretariat, Dr Mohammed Kawu, who disclosed this to newsmen, said 91 suspected cases have so far been recorded.

He explained that the seven deaths were recorded at the Wassa community (Internally Displaced Persons’ camp) in Abuja Municipal Area Council (AMAC).

According to Kawu, no death had been reported in Bwari and Gwagwalada area councils.

He said the FCT began to receive reports of sporadic cases of gastroenteritis in some communities since May 2021.

Kawu added, “A total of 91 suspected cases have so far been enlisted with seven deaths in AMAC; no death in Gwagwalada and Bwari area councils.h

“Out of these, three of the cases tested positive for cholera using the rapid diagnostic test kit”

The acting secretary said the FCT’s heath secretariat through the Department of Public Health had intensified surveillance in the communities and health facilities and had also directed the area councils to do the same.

He also disclosed that RDT test kits, drugs and consumables have been provided in some of the health facilities.

‘Germany to return 7,000 Benin artefacts to Nigeria in October