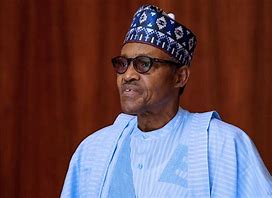 President Muhammadu Buhari has tasked a group of experts to tell him how he can keep his promise to take 100 million out of poverty in ten years.
I thought the president was doing quite well on that front. Using his secret formula, he has taken 15.5 million people out of poverty in six years, 10.5 million of whom left poverty behind in the last two years.If he proceeds at the same pace, I thought he could add perhaps 10.5 million more in the next two years for a total of 26 million in eight years. It would not bring down the walls of poverty, but it would blast a hole through it. It would also be a record worth the envy of other third leaders struggling with how to pull their people out of poverty. And our dear country would be recognised for something more positive than corruption and the squandering of its vast opportunities in human and natural resources.

Perhaps, the president set up the committee to validate his formula and make it universal for a determined global fight to crush poverty and save the people. One must appreciate Buhari’s courage in seeking to take on what Eric Meade rightly calls “humanity’s greatest challenge.”

Still, we must interrogate the task he has set for himself lest reason and rationale be lost in the euphoria of emotional reaction to what might turn out to be a sterile political soundbite.Poverty is such a blight because it is a huge obstacle to human development and progress. It makes leaders munch their promises in embarrassment.

It is too complex and too complicated to yield to a simple formula. Still, the political approach to this scourge that humbles and hobbles individuals as it does nations, has been both naive and cynical. On assumption of office as president in 1999, Chief Olusegun Obasanjo took on poverty in the country as a political challenge that must be met with political wisdom.

His first approach was the poverty eradication programme. When this did not quite rise to the critical challenge of putting the fear of the general in poverty, he changed it to poverty reduction programme. If you can’t eradicate poverty, you can reduce it.In both programmes, he did what politicians love to do best to public applause: he threw good money at a defiant problem. Selected people from each of the 774 local government areas in the country were paid N3,500 each monthly.

None of the two programmes achieved the purpose, not least because appropriating the struggle against poverty as a political struggle rather than as a complex and complicated social and economic challenge, missed the point.We could understand that. Politics is about public applause. But by putting N3,500 in the tattered pockets of the rural dweller, you can neither eradicate nor reduce poverty. If you give my lucky neighbour N3,500, how does that make a difference in my own struggle with poverty? Yet Buhari is walking the same path.Despite the plausible fiction of his success, his formula too would face the same fate – and leave the poor even poorer if the crutch is taken away from him when the programme ends. If you feed a man with fish rather than teach him how to fish or how to expand his opportunity to catch more fish, you do not lift him out of poverty.

Poverty has such a strangle hold on humankind because we are all directly or indirectly its victims. Some were born into poverty and had to struggle to rescue themselves from the mud and prove that the impossible could be made possible with grit and determination; some were born into wealth, with shiny silver spoons in their mouths only to find themselves fall through the cracks. Remember the wisdom of the lorry owner? No condition is permanent.

Poverty is, to borrow from the academicians, multi-dimensional and multi-faceted. It is defined in purely fiscal terms. It is all about the absence of the naira in the pocket. The World Bank/IMF offers what Eric Meade calls “objective construct” in defining the poor as someone “living below a certain income level deemed necessary to acquire life’s necessities ($1.90 according to the World Bank; $12,140 a year according to the US government) or as a confluence of multiple social, economic, and political challenges (as the UN’s Multidimensional Poverty Index).” The baseline was $1.50. Its upward revision was based on the progress the bank made since 1978 in its goal of reducing global poverty to three per cent by the year 2030. That mission is now impossible.

Poverty is more than the direct lack of money. Or, to put it another way, the lack of money is compounded by global inequalities that keep the world divided between the haves and the have-nots. Bridging this fault line in deeds rather than emotion is the problem. Every year, hundreds of books are written on poverty and how mankind can save itself from it. Every year, the situation gets even worse. Irish playwright George Bernard Shaw, in his preface to his play Major Barbara wrote: “The greatest of evils and the worst crimes is poverty.”Statistics on poverty are grim and depressing.

In his book, The End of Poverty, Jeffrey Sachs writes that “currently, more than eight million people around the world die each year because they are too poor to stay alive.” The World Bank lists six types of poverty, namely, “absolute poverty, relative poverty, situational poverty, generational poverty, rural poverty and urban poverty.” Each of these forms of poverty presents its own peculiar challenges to mankind.

There are 7.70 billion people living or existing on God’s green earth. An estimated 9% of them were destined to drop below the poverty line by this year. Our country contributes 100 million poor people to the global comity of the wretched of the earth. Now, thanks to the COVID-19 pandemic, the global poverty level has risen rather than receded.

According to the World Bank, “about 120 million additional people are living in poverty as a result of the pandemic with the total expected to rise to about 150 million by the end of 2021.”We cannot afford to be glib about taking people out of poverty. The global challenge is sure to impact on how individual countries wage the anti-poverty struggle. The World Bank tells us that “almost half of the poor people in Sub-Saharan Africa live in just five countries: Nigeria, the Democratic Republic of Congo Tanzania, Ethiopia and Madagascar.”

It is important for Buhari to fully appreciate the enormity of the task he has imposed on himself, let circumstances make him untrue to his promise.What does it mean to take people out of poverty? The opposite of poverty here is not wealth. None of the 15.5 million people Buhari claims to have taken out of poverty in six years has joined either the local club of the six billionaires or that of the 29,500 millionaires in our country.

If a man, thanks to the president, now lives on two dollars instead of one dollar per day, has he really been taken out of poverty?Perhaps, taking people out of poverty is a process in the long anti-poverty struggle. It is not an end in itself. Let us not forget that poverty is even relative. Or, to use the graphic vernacular, poverty get grade.

Whereas N3,500 per month might make a lot of sense to the Kebbi rural dweller, it would mean nothing to his counterpart in the oil rich Rivers State. That amount of money cannot buy the man enough akpeteshi for one day.

One is tempted to suggest that the president does not need the committee. His real challenge is to make economy steady on its feet, sans the easy resort to loans. If the economy is friendly it would create vast opportunities for free enterprise in which individuals can find their level and engage in legitimate economic activities in a country that is secure for all its citizens. In addition to COVID-19, insecurity has added millions more to the number of the extremely poor in the land.

Nigerians are not lazy people. The woman who roasts corn by the roadside is as much an entrepreneur as the wealthy company owner. She feeds her family and sends her children to school. It is not her choice to roast corn, but it is the only choice open to her in the circumstances to make something of herself. She is not waiting for a handout from the government. To borrow from President Obasanjo, she only asks for an economy “with a human face and the milk of human kindness” to unleash her energy, resourcefulness, and creativity to give her children a better future in a secure social and economic environment. With more people getting poorer globally, Buhari’s ambition to take 100 million people out of poverty in ten years is beginning to clearly look like mission impossible with the hollow sound of populist politics.