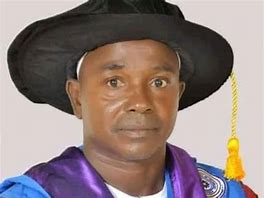 Ibrahim Wushishi has been appointed by President Muhammadu Buhari as the new Registrar and Chief Executive officer (CEO) of the National Examination Council (NECO).

The announcement was made via a statement by the NECO Head of Information and Public Relations Division, Azeez Sani, on Monday.

Wushishi’s appointment was contained in a letter with reference No: FME/PSE/NECO/1078/C.1/36, dated July 16, 2021 and signed by the Minister of Education, Adama Adamu.

Wushishi’s appointment will last for five years and commenced on July 12, 2021.

Prior to his appointment as NECO Registrar, Wushishi served as a professor of science education (chemistry) under the employment of the Federal University of Technology, Minna (FUTMinna).

The Niger State indigene was given born on April 5, 1965, he hails from Wushishi LGA and is reported to be the first person from the state to occupy the office.

He once worked as a lecturer at the Usmanu Danfodio University, Sokoto, before his transfer to FUTMinna where he held various duties.

Exclusive: Buhari’s Chief Of Staff, Others Storm US Ahead Of UN Assembly, Plot To Silence Nigeria’s Agitation Groups

Senate rejects use of electronic transmission of election results – PDP describes move as preparation for rigging of elections.