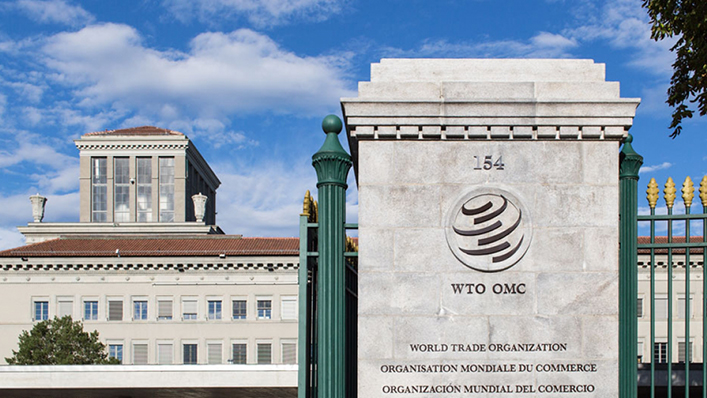 The World Trade Organization (WTO) breathed a sigh of relief when former U.S. President Donald Trump lost his bid for reelection in November. Over the past decade, the rules-based trading system has had to weather the two largest global economic crises since the 1930s, a pandemic, and a populist U.S. president seemingly intent on the system’s destruction. Also clearly relieved was the European Union, which quickly rolled out an 11-page action plan to reboot the transatlantic partnership. The document mentioned the WTO no less than eight times.

President Joe Biden has made clear that he sees trade as a “critical pillar” of his administration’s foreign policy. And much of the United States’ trade—with allies, but also with China—takes place under WTO rules. The organization therefore likely has a vital long-term role to play. But Biden will now find the trade organization mired in multiple crises.

The WTO’s core system of resolving basic trade disputes is now broken. The organization has failed to deliver an agreement limiting the subsidies that are depleting the world’s fisheries. And the Trump administration, on its way out the door, vetoed the otherwise consensus selection of Ngozi Okonjo-Iweala as the organization’s next director general.

The opening weeks of the Biden administration will be critical to unwinding this problem. But doing so will mean getting U.S. allies, including the European Union, to compromise on other, long-standing grievances. If that effort fails, Biden’s hopes of harnessing multilateralism—to deal not only with China but with everything touching on trade, including climate and public health—risk collapsing before they ever have a chance to succeed.

Brushing aside the WTO dispute and the OECD framework relieved pressure on China to deal with the subsidies problem at its source. Meanwhile, Trump’s duties mostly hit imports from Canada, Japan, European countries, and other allies. (Prior U.S. tariffs had already stopped most direct imports of metals from China.) To make matters worse, Trump had imposed the tariffs using emergency powers and a law that labeled the imports—most of which were in fact from U.S. military allies—a threat to national security.

NATO allies were stung. The European Union and others retaliated against U.S. exports and lodged WTO disputes against Trump’s duties. Most of the retaliatory tariffs—as well as the sting—remain. Even the United Kingdom, presumably desperate for a trade deal with the United States in the wake of Brexit, recently stated that Trump’s tariffs are “unjustified under WTO rules and unfairly target UK steel and aluminum manufacturers and should be removed. Any claim that UK steel and aluminum imports harm US national security is false and without foundation.”

Unless Biden changes course, the tariffs will become his, and so will the next round of European retaliation: Brussels has scheduled more duties—covering an additional $3.8 billion of U.S. exports—to go into effect on March 23. Biden will also inherit the deeply worrisome procedures Trump introduced, whereby companies hurt by the tariffs can beg his administration for an exclusion. The ad hoc setup led to allegations of unfairness and corruption of a kind that the Biden administration will likely seek to avoid.

Biden should be able to help the U.S. steel and aluminum industries without national security tariffs. Projects to build infrastructure at home will help. But the administration will ultimately need to convince Europe and other allies to spearhead a new multilateral effort—one with teeth—to discipline China’s subsidies, the breathtaking extent of which the OECD illustrated in a 2019 report highlighting the Chinese aluminum industry.Absent the Trump administration, no one wants the WTO issuing a judgment about national security and trade. But countries do need legal clarity on where they can draw the line between the two: see, for example, recent U.S. export controls preventing semiconductor sales to Huawei or Japan’s threats to limit chemicals exports to South Korea. Settling such questions, however, will require negotiation—not litigation.

WHY IT IS WORTH IT

Disposing of the WTO disputes over Trump’s national security tariffs and reestablishing a functional dispute settlement system may not offer Biden immediate political dividends. But by salvaging the WTO as an important multilateral vehicle for U.S. priorities, these actions will be critical to the ultimate success of the new president’s trade and foreign policy agenda.The most pressing international problems that lie before the new administration require global solutions. Getting vaccines, therapeutics, and medical supplies to a world that is suffering from the COVID-19 pandemic—a world in which most countries cannot produce these items at scale quickly enough—requires open trade. Arresting climate change will likely require a communal approach to carbon border adjustment taxes. The concerns around privacy, data security, competition, and even taxation in the digital realm also demand a shared approach. And for the United States to really contend with China’s rise, it will need to get back on the same page with its allies, especially on trade.