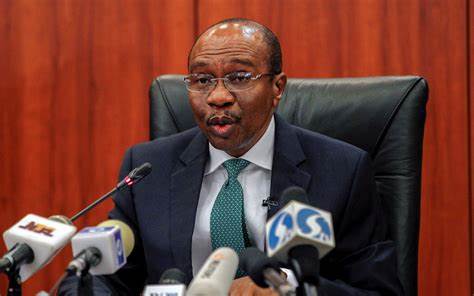 The CBN should institute a framework that allows BDCs, which have automated their operations, to receive the estimated $34 billion diaspora remittance into the economy to boost dollar reserves, writes Hameed Ayodaji.

There are many things working in favour of Nigeria that are hardly noticed. Top on the list is the $34 billion estimated annual remittance by Nigerians in diaspora that are barely touched because of non-existence channels to attract the funds into the economy.

Globally, Nigeria is one of the few countries that concisely attract funds from migrant workers. Others are Pakistan, Canada, USA, Australia, and Vietnam.

Nigeria is on the side of those that have many migrant workers in the rest of the world, and therefore earn foreign currencies they want to remit home.

But there is a huge problem that limits the funds from getting home.
In a media report, renowned economist and chief consultant at B. Adedipe Associates Limited, Dr. Biodun Adedipe, explained that if Nigeria is able to manage that remittance effectively, it will add 0.4 per cent to our GDP growth annually.

He disclosed that a lot of the dollar don’t come into the FX market in Nigeria. The receiver gets the naira equivalent of the fund even when the funds never got to Nigeria, denying Nigeria the full benefit of diaspora remittances , despite the country being at the top in terms of benefitting from migrant workers.

“So what then happens is that instead of bringing it into the FX market in Nigeria, they keep it outside. That also becomes a leg that supports speculations that we talked about earlier on. I believe that was part of the reason why the CBN introduced the $1 for N5 incentive. The idea now is to see if the country can harness the most of the remittances,” Adedipe said.

“That now is a policy I think we need to interrogate more. How can we make it more attractive for those foreign currencies generated by migrant Nigerian workers to be remitted home, and become a part of our national supply to our market here? That now is a space for the BDCs”.

Analysts said that what is needed is implementation of laws that stipulated that oil companies and other multinational companies bring dollars into the economy instead of keeping them at Home countries.

This will ensure that what is kept outside the market would come into Nigeria to boost supply. CBN already has the tools, but they need to enforce it.

ABCON President, Alhaji (Dr) Aminu Gwadabe said globally, BDCs remain one of the channels through which the Diaspora remittance funds come into countries.

He said that the BDCs remain at the centre of economic development and have the capacity to attract needed capital for the development of the Nigerian economy and deepening of forex market.

Findings have also shown that forex remittances from Nigerians in the Diaspora far exceeded the country’s earnings from crude oil export last year. Since many transactions are unrecorded or take place through informal channels, the actual amount of remittance flows into the country is arguably higher. The estimation is that migrant remittances to Nigeria could grow to $25.5 billion, $29.8 billion and $34.8 billion in 2019, 2021 and 2023 respectively.

Gwadabe said Diaspora remittances remain cheap source of fund, because it is not to be paid back with interest but goes directly into the construction of houses, payment of school fees, medicals and a lot of things that are adding value to the weak economy.

Again, BDCs are supposed to buy from travelers coming into Nigeria, whether they are foreigners or they are Nigerians who did some things offshore, and were able to make some money, and brought back those foreign currencies.

BDCs are also expected to operate two-way rate, then in response to what they have told you, you will now disclose whether you want to buy from them or sell to them. The operators are also expected to be in tune with market dynamics, be able to fix its own rate within the recommended commission rate in such a way that is competitive in that market.
Other issues include customer service, relationship management and commission which must be within market range.

But because we were net importers, that brought pressure on the FX market. And like we have also argued overtime, the major worry for the CBN or anyone considering the management of the FX market is the premium.

Premium is the difference between the official rates of the FX rate you get in other segments of the FX market. The other segments will mean, the parallel market, the BDCs, of course in those days we used to talk about export proceeds, and all manner of different arrangements.

But today, the idea simply is that any other market outside of CBN is an alternative. So what is the rate there? How is it as compared to the official rate? So, the difference between these rates is called premium.

Adedipe said: “Anytime that premium is greater than five per cent, it then becomes an incentive for round tripping. This means that the foreign currency becomes now attractive for those who want to speculate to go and buy, sell and then, they generate more Naira. So they can return to the official market and buy even more dollars, then go back and convert the dollar and get even more naira. That’s why it’s called round tripping. There is no currency anywhere in the world that can survive such an arrangement.”

Adedipe also said that the question that needs to be answered is what drives the exchange value of the Naira. If you are able to answer that question, it will bring us to the understanding of what is happening today.

But ordinarily, in the interplay of demand and supply, what CBN has done is not to reduce the supply of FX to the market. What they have done is to shift the supply from one segment of the market to another, and even doubled the volume; which means, the response of rate is not to the supply coming to the market, which in fact has doubled.

Equally, what could have been the concern is access. The CBN has also dealt with that by not only telling the participatory banks to have desks designated for forex, where members of the public in need of foreign currencies for defined purposes can have access to the foreign currencies required, which you can now also give to them either in cash, or as a credit into their domiciliary account, or into their dollar card.

This means the issue is not supply on one hand, and on the other hand also, access is not the problem. It means the real issue is that the speculators knew that this position of the CBN is not something sustainable, which means that it’s not institutionalised.

This means therefore that if another Governor comes into office, after the expiration of Emefiele’s term, there is a likelihood that he or she may go back to the old way of doing things. So we have to come back to look at those factors that cause exchange rates to move. There are about 12 of them in economics.

“Which is why I say, ultimately, the only reason we can admit this is speculation, which is based on the fact that, oh, CBN will not be able to sustain this? So, the question now will be, why can’t they sustain it? If we look at our external reserves, there are two ways to interpret that in this connection”.

The BDCs have for years supported Nigeria’s growth agenda and CBN’s commitment to exchange rate stability. To continue to play these roles creditably, the BDC industry needs improved access to forex.

The ABCON believes the success of BDCs goes beyond favourable rates but access to multiple streams of forex earnings to deepen the market, keep the naira stable and boost BDCs operations.

Making BDCs one of the channels through which over $34 billion annual Diaspora remittances enter the economy will give depth to forex market and boost BDCs operations.

Diaspora remittances to Nigeria, now at $23 billion annually remain a reliable source of forex to the domestic economy and that is why over 5,500 CBN -Licenced BDCs should come to mind.

Concerned with the stagnant state of the nation’s economy marred with inconsistent forex earnings through oil export, the ABCON agreed with Adedipe for BDCs to be one of the channels for receiving Diaspora remittances into the economy.

Gwadabe explained that Diaspora remittances represent household income from foreign economies arising mainly from the temporary or permanent movement of people to those economies. The remittances cash and non-cash items that flow through formal channels such as electronic wire, or through informal channels, such as money or goods carried across borders adding that Nigeria can cover a large part of capital flow gaps through remittances from its citizens in diaspora using the BDCs.

Financial pundits have continued to give reasons why BDCs should be brought into the Diaspora remittance business. For instance, financial institutions’ long procedures, complicated forms, and history of poor service quality means BDCs are needed to deepen the market. The BDCs segment of the market operates in a simple manner while remaining closer to the people needing the remittance funds.

“BDCs buy foreign currency from remittance recipients and sell it to Nigerians who want to travel abroad. The reason for establishing these institutions in 1989 was to broaden the forex market and improve accessibility to hard currency. The CBN supervises and issues operational guidelines for BDCs. In March 2006, Nigeria had 293 licensed BDCs which have risen to over 5,500 operators today. This development means that BDCs are willing and ready to do the remittance business,” Gwadabe said.

For him, remittances are on track to become the largest source of external financing in developing countries and Nigeria cannot be left behind.

Why Trump’s Trade Agenda Is Here to Stay