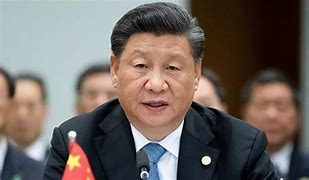 “What we’ve seen is an infinitely more assertive China,” says Kevin Rudd, president of the Asia Society Policy Institute and former prime minister of Australia, in assessing the country’s evolution under Xi Jinping. As a result, Mr. Rudd is not surprised by how rapidly the consensus view of China has shifted, with strategic competition having replaced win-win cooperation as the buzzword in the capitals of Western and Asian democracies.

“The principle dynamic here has been China’s changing course itself,” he says, as well as China’s emergence as a global power. “We have a new guy in charge who has decided to be more assertive about China’s interests and values in the world beyond China’s borders. And secondly, a more powerful China capable of giving that effect.”

A highly regarded observer and analyst of China’s domestic politics and foreign policy, Mr. Rudd spoke with WPR editor-in-chief Judah Grunstein about the challenge China poses to the West, the impact and implications of Xi Jinping’s rule, and the future prospects of both China’s rise and America’s global leadership role.

Despite China’s growing power, Mr. Rudd cautions against what he calls the “excessive pessimism” currently on display in Washington. “America remains a powerful country in economic terms, in technological terms and in military terms, and against all three measures still today more powerful than China.”

With regard to how the U.S.-China rivalry plays out, he says, a lot will depend “on what the United States chooses to do in terms of its own national leadership, and therefore foreign policy direction,” in November. Above all, “Americans shouldn’t talk themselves out of global leadership in the future. So as a result of that, many countries for the first time have had this experience rub up against them. In the past, it’s only been China’s near neighbors who have had this experience. Now it’s a much broader and shared experience around the region and around the world. So there are the structural factors at work in terms of shaping an emerging consensus on the part of the democracies, and those who believe in an open, free trading system in the world, and those who are committed to the retention of the liberal international order—that these countries are beginning to find a common cause in dealing with their collective challenges with the Middle Kingdom”.

In politics, Chinese domestic politics, Xi Jinping has changed the discourse by taking it further to the left—by which I mean a greater role for the party and ideology, and the personal control of the leader, compared with what existed before.

On the economy we see a partial shift to the left with a resuscitation of state-owned enterprises and some disincentives emerging for the further and continued growth of China’s own hitherto successful private-sector entrepreneurial champions.

On nationalism we have seen a further push under Xi Jinping further to the right than his predecessors.

And in terms of degrees of international assertiveness, whether it’s over Hong Kong, the South China Sea, or over Taiwan, in relation to Japan and the territorial claims in the East China Sea, or with India, or in the big bilateral relationship with the United States as well as with other American allies—the Canadians, the Australians and the Europeans, et cetera—as well as big, new large-canvas foreign policy initiatives like the Belt and Road Initiative, what we’ve seen is an infinitely more assertive China.

2021 is Anambra’s Chance to Glow with Ozigbo_Activist Kennedy