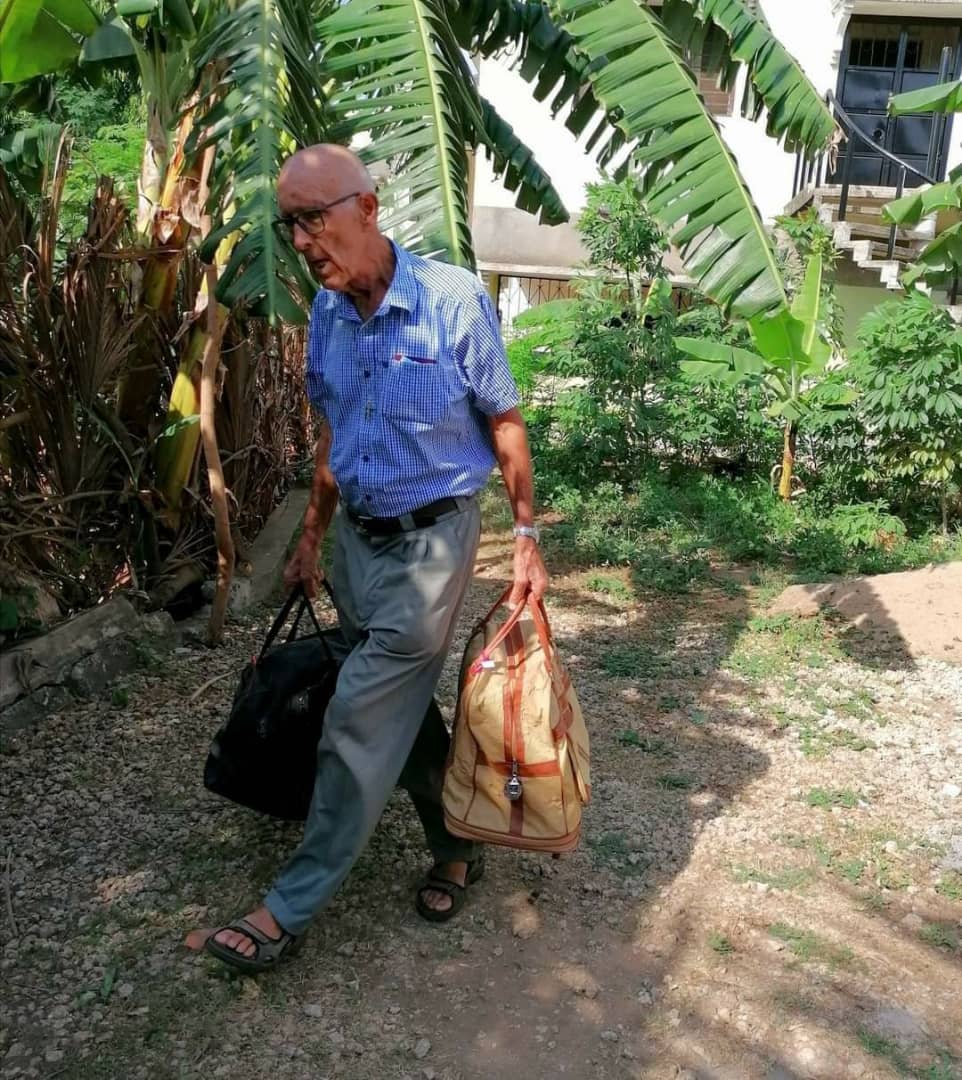 81 Year old Fr. Adolf Omogaka Pöll, popularly known as “Father Alleluia,” packed all his personal belongings in two small bags and to returned home to Italy for retirement after 53 years of missionary work in Kenya (1968-2021).

June 3rd actually marks him 81. He hails from South Tyrol at the border of Italy and Austria.

Luke 9:3-4: He told them: “Take nothing for the journey—no staff, no bag, no bread, no money, no extra shirt. Whatever house you enter, stay there until you leave that town.”

This is called service to humanity and total submission to the will of God. The office of the pastor or prophet is that of spiritual service to the commune in good faith and humility, not like the present generation so-called prosperity preachers and self -imposed jet flying pastors or prophets with African mentality.