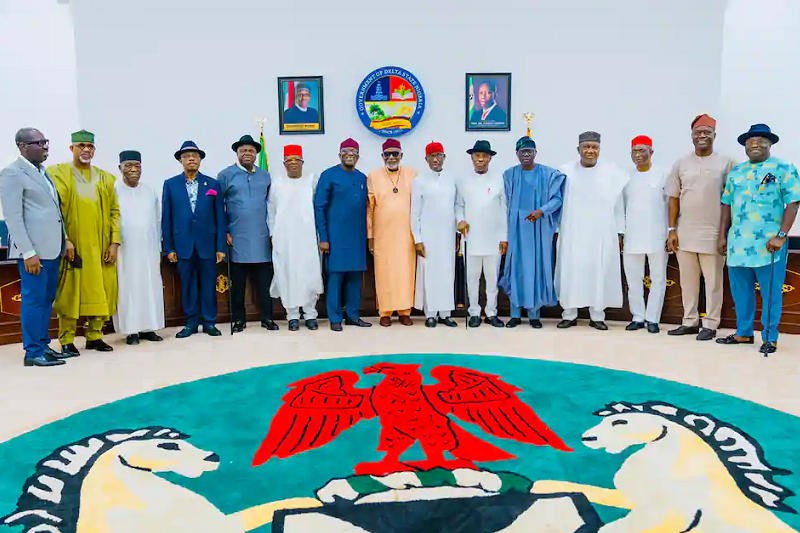 A few days ago, I was in a Clubhouse room where the speaker made reference to a 1993 conversation between MKO Abiola and Umaru Musa Yar’Adua. Following the annulment of the June 12 election, Yar’Adua had sought an audience with Abiola to ask him one simple question – “What is your plan now?” Abiola as it turned out, had none, which an unimpressed Yar’Adua told him was simply not good enough.

According to the speaker, Yar’Adua told Abiola, “I cannot be part of something that has no plan.” The inference of that statement was that Abiola could no longer count on Yar’Adua’s support going forward, as he would not endanger himself by opposing a military regime on behalf of a political movement without a plan or strategy to achieve its goals. Thus, MKO lost an important ally, and became increasingly isolated within Nigeria’s power circles, culminating in his imprisonment and eventual death in detention.

The takeaway from that anecdote was not Umaru Yar’Adua’s open opportunism and lack of loyalty to a supposed friend and ally – those things are to be expected in the politics of a society like Nigeria. The real issue is that in 2021 as in 1993, the political energies of Southern Nigeria continue to display a chronic lack of planning, strategy, cohesion and vision. Whereas the political formation of Northern Nigeria is cohesive and united in execution of its plans, the south has a total lack of intention and conviction.

Just like MKO Abiola apparently intended to breeze into the presidency using the infamous “vibes and inshallah” method, and was completely blindsided by Ibrahim Babangida’s decision to annual the election, today’s Southern Nigerian political elite still seem to have no idea what they are up against. Vibes and inshallah continues to be the animating political and cultural philosophy of this half of Nigeria that seemingly has no idea that it is existentially threatened.

Objectionable or not, the North has a plan

Here is a question. Who was the first high profile personality in 21st century Nigeria to make loud calls to ethnic solidarity and advocate for rebellion against the Nigerian security services while claiming that the military was partisan and acting on behalf of a tribalistic president? Was it Ralph Uwazuruike? Maybe Nnamdi Kanu? Perhaps Sunday Igboho? Not even close. The person’s name is Nasir El-Rufai – the one who now sits in the government house in Badiko, Kaduna State.

Not only did El-Rufai infamously incite Fulani racial sentiments against the Nigerian military in a series of tweets and statements, which are still up and have never been taken back, but he also referred to the Nigerian military as the “Jonathanian army.” If you take a cross-section of El-Rufai’s ethnonationalist statements between 2011 and 2015 and put them alongside those of Nnamdi Kanu or Sunday Igboho, those of the latter two might seem tame and restrained in comparison.

These goals are propagation of Salafist political Islam so as to maintain a tightly controlled social order; an economic system that maintains a huge underclass in poverty instead of building a middle class that can threaten the established order; commandeering of other people’s wealth, resources and productivity so as to maintain the existing order without empowering its own people (to avoid building a middle class); and ultimately a demographic replacement of all ethnic minority and non-muslim groups using politics, statecraft and open genocide.

What is Southern Nigeria’s plan?

While the recent communique issued after a meeting of the Southern Governors Forum has predictably generated headlines and animated Twitter Spaces conversations about the ostensible political conflict between North and South, the reality is that there is no conflict between North and South. A conflict occurs when two opponents have a fight. In this case, one of the parties has a clearly defined goal of exterminating the other and a well-publicised strategy for doing so while the other spends their time on Clubhouse debating whether the knife sticking out of their neck was stabbed in there on purpose.

To call it a political conflict between North and South would be to exaggerate the South’s position. It is total emasculation; an evisceration; a blowout; a massacre; a flawless and comprehensive victory. A cursory examination of Nigeria’s history tells even the most uninformed observer that only between 1999 and 2015 has the South ever held any real power in Nigeria. That period unsurprisingly, coincides with the biggest accumulation of wealth and the strongest non-oil economic growth in Nigeria’s history. And then in 2015, the South’s political illiteracy – a consequence of its venal ignorance, hubris and intellectual laziness – ushered in a regime which has openly attacked everything that built southern wealth for 16 years.

Telecoms. Banking and financial services. Trade. Manufacturing. Outsourcing. Internet businesses. Even remittances. All of these contributed to building and maintaining Southern Nigeria’s shrinking-but-still-immense middle class for 16 years. The Buhari regime has shut down SIM registration, made remittances all but impossible, actively sabotaged Nigeria’s busiest port, shut down Nigeria’s southern borders to trade, banned Twitter and threatened to hobble all social media, gone after internet freedoms, and used legislation to steal customer money from the banking sector to fund itself. Again, the northern plan is open, unhidden and unapologetic – so where is the southern plan or counter plan?

Is the idea to have many more high level meetings and release nicely-worded communiques filled with Igilango Geesi, or is there an actual strategy to ensure the economic and material survival of the south in the face of Northern Nigeria’s openly genocidal onslaught? What is the plan to deal with the unhidden and unbridled hostility and hatred from a strong political formation made up of thousands of Nasir El-Rufais from Borno to Sokoto? Where is southern Nigeria’s plan?

Tinubu and the toxic leaders