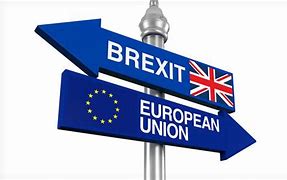 The first month of Brexit has brought chaos to businesses that trade across
UK/EU borders, and also to some that trade across the GB/NI border.
Customers in the UK have found themselves unexpectedly paying customs
duties; small UK businesses have had to employ ‘trade specialists’ to
navigate their way through mountains of new Brexit red tape; and EU
customers have dropped UK suppliers because goods are taking too long
getting through ports.
None of these things was mentioned by the Leave side at any time during
the Brexit process, nor by Boris Johnson and his Brexit-voting Ministers
during the 2019 general election campaign.

The government says these problems are merely “teething problems” but a
number of trade bodies have said there is no sign that things will get
significantly better in the future and Michel Barnier is on record saying that
this is life as normal for countries outside the EU single market.
Astonishingly, barely a fortnight into Brexit, some businesses already faced
collapse as a direct result of Boris Johnson’s botched Brexit negotiations
and things have only gotten worse since. It is clear that these problems are
not isolated issues affecting small numbers of people but exist right across
our economy where they impact an increasing number of us, either as
employees or customers.
Two weeks ago, 10,000 of you signed our petition demanding the
government support fishing communities facing devastation after the
promises made to them during the Brexit negotiations turned out – as many
of us predicted – to be yet more lies. Last week, the government belatedly
acknowledged the destruction their flagship policy was causing and
announced a £23 million support package, which, while welcome, is a sum
unlikely to meet the needs of the scores of small businesses brought to their
knees by the government’s incompetent negotiation and implementation of
Brexit.
Many of you have asked why we should be concerned about communities
that depend on the fishing industry when the fishing industry was such a
vocal supporter of Brexit. That is a fair question.
The answer is, firstly, that many small, family fishermen, whose voices are
often drowned out by the large corporate operators in the industry, didn’t
actually vote ‘Leave’. They could see that Brexit would compromise access
to markets they relied on in return for larger catch quotas that only the
corporate operators would be able to exploit. Those fishermen, and the
communities which depend on them, are as much the victims of the Big
Brexit Lie as anyone else.

Secondly, as is becoming more evident by the day, those fishermen are
just the first of many groups falling foul of broken Brexit promises. If we are to be successful in holding this Brexiter government to account for its lies and deceit, we must stand with all those who, even belatedly, realise what we believed all along… that Brexit was a scam designed to benefit only a privileged few at the top of society.
Covid-19

The successful rollout of licensed vaccines in recent weeks has been some
welcome positive news. But that is a small speck of light in an otherwise
bleak landscape. In the twelve months since those first cases of Covid-19
were identified, more than 106,000 people – every one of them someone’s
husband, wife, mum, dad, son or daughter – have been lost, leaving millions
of family members scarred and broken-hearted.

It is true that the Covid-19 pandemic represents a herculean challenge and
that no government anywhere in the world has been able to tackle it
unscathed.

But, when we look at the number of deaths per 100,000 of
population, the UK has the worst figures in the world – worse even than the
USA – and we all must ensure the government is held to account for the way
they chose to manage this pandemic. This is crucial not just because
accountability is an essential component of a healthy democracy because we must make sure we learn every lesson we can as soon as
possible in case any of the new variants of the virus appearing around the
world prove to be even more dangerous than current ones.
In light of the above, we will be adding our voice to those calling on the
government to set out clearly how they are going to get us out of lockdown,
and pressing for a full independent inquiry so that our country can learn the lessons of recent failures and be as prepared as possible for any new
pandemic that might arise in future.
2021 and beyond.