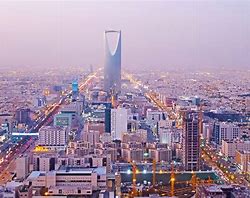 Agriculture, industry and services over 90% of GDP

Unabating security challenges in the agriculture sector and poor crude oil production capacity in the third quarter of this year have slowed the pace of economic growth the country witnessed during the period.

The National Bureau of Statistics (NBS), yesterday, released the Gross Domestic Product (GDP) data of the third quarter, saying the economy grew by 4.03 per cent in the period.

Indeed, insecurity concerns continue to reflect in poor food production, leading to higher inflation in addition to weak oil production, as a result of theft, pipeline vandalisation and maintenance challenges.

Data from the Organisation of Petroleum Exporting Countries (OPEC) showed that production in the last few months has been below budgetary benchmark dropping to 1.37 million barrels a day in October, 261,000 bpd below its OPEC+ quota.

With the positive GDP growth, the economy has demonstrated sustained improvement in the past four quarters after it exited the last recession.
Output slid -6.1 per cent and -3.62 per cent in Q2 and Q3 of 2020 to plunge the economy into the second recession in the life of the current administration.

On a quarter-on-quarter basis, real GDP grew at 11.07 per cent in Q3 2021 compared to Q2 2021, pointing to a higher economic activity than the preceding quarter, the NBS noted.

According to the report, the nominal value of the GDP stood at N45.11 trillion in the third quarter of 2021. This was much higher than the performance of the comparative period last year 2020, which was N39.09 trillion, indicating a year-on-year nominal growth rate of 15.41 per cent.

But in real terms, the monetary value of economic activities in the quarter under reference was N18.54 trillion. The figure was N718.57 billion higher than N17.82 trillion recorded in Q3 of last year.

But the output of Q3 2021 was higher by N1.85 trillion compared to the preceding quarter when aggregate real GDP was N16.69 trillion. Average daily oil production of 1.57 million barrels per day (mbpd) was recorded in the quarter, showing a lower performance compared to 1.67mbpd recorded in Q3 2020.

During the quarter, oil contributed 7.49per cent to the economy from 8.73 per cent contributed in Q3 of last year.  Also, the non-oil sector accounted for 92.51per cent of the GDP, an increase from 91.27per cent recorded in last year’s Q3.

Transportation and storage, financial and insurance sectors, as well as electricity, gas, steam/air-conditioning supply, showed strong growth during the quarter.

Agriculture, industry and services contributed 29.94, 20.41 and 49.65 per cent respectively to GDP. Reacting, an economist and CEO of the Centre for The Promotion of Private Enterprise (CPPE), Dr. Muda Yusuf, said: “It is a welcome development that the positive growth trajectory has been sustained. This is, however, largely a reflection of the progressive normalisation of economic activities. The recovery of sectors that were earlier under lockdown and the restoration of supply chains that were disrupted at the onset of the COVID-19 pandemic.

“There is also a strong base effect as the benchmark year was a period of recession. To accelerate the economic recovery and inclusion processes, current macroeconomic challenges need to be fixed. These include the high inflationary pressure, exchange rate depreciation and liquidity issues in the forex market.”