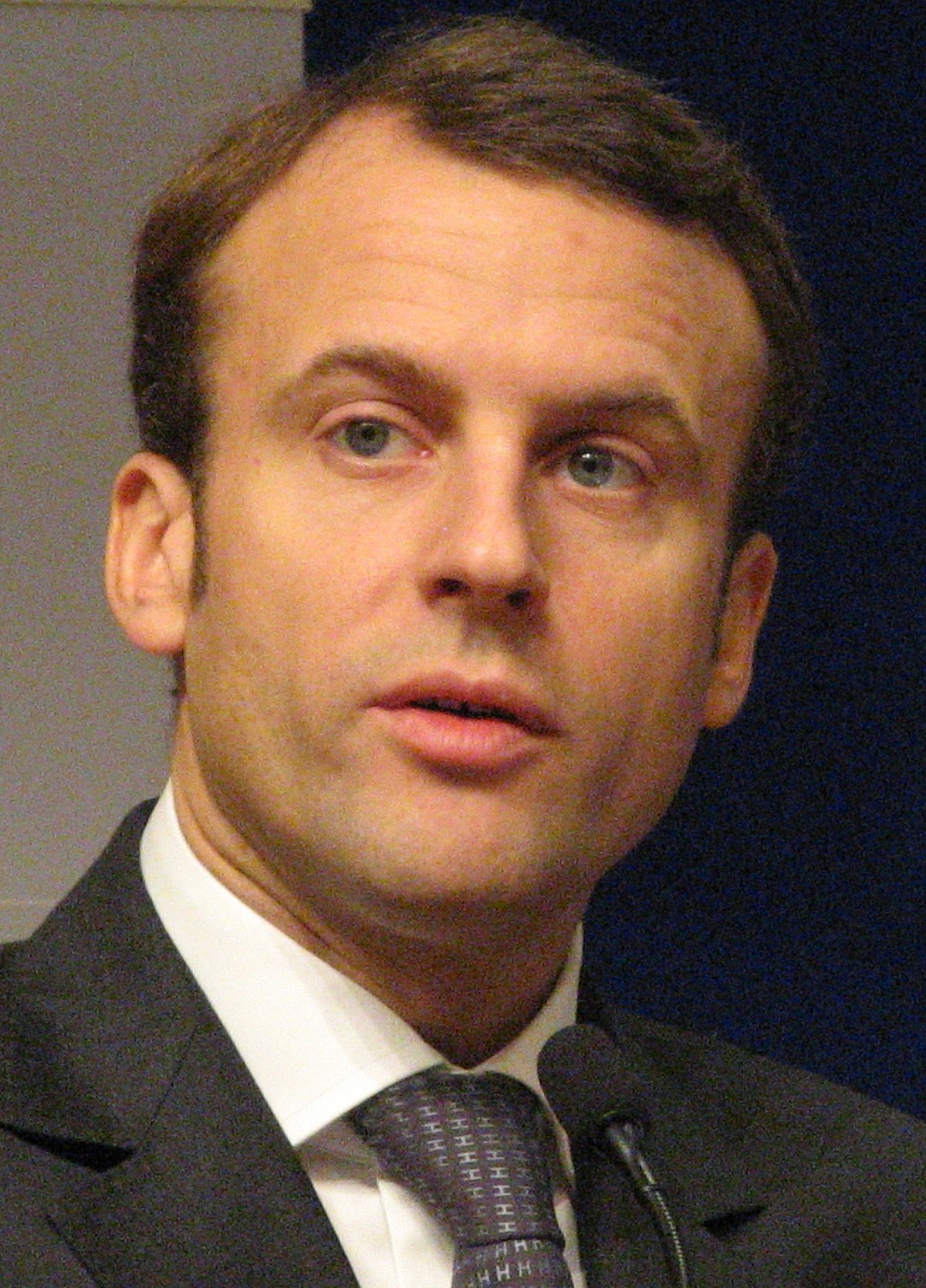 It’s been a long time since anyone in France thought of Emmanuel Macron as a centrist politician bridging the left-right partisan divide, as he has often portrayed himself. But after the events of the past few weeks, the French president is fending off charges of being an authoritarian wolf in liberal sheep’s clothing.

His latest misstep involves the now-infamous security bill that his government was forced to partially withdraw this week due to popular protests against some of its sweeping measures. The entire episode has put Macron’s attempts to co-opt the far right in the spotlight, even as it highlights the amount of distrust he has generated across the political spectrum.

Macron famously campaigned for the presidency in 2017 as “neither left nor right.” After taking office, however, he pursued structural reforms to France’s economy and labor market as the core project of his presidency, which he entrusted to the renegade members of the center-right Republicans party he successfully poached for his Cabinet. That won him the reputation for being “the president of the rich,” and made it clear that, as former French President Francois Mitterrand once put it, the center is neither left nor left.

At the same time, Macron has pushed through a succession of security laws that have alarmed critics on the left and right, including within his parliamentary majority. Combined with his repeated attacks on the press, including most recently the English-language media for its coverage of his campaign against so-called Islamist separatism, they have led to accusations that, for all his championing of liberal ideals, Macron is illiberal at heart.

In November 2017, rather than retire the two-year state of emergency declared after the terrorist attacks of 2015, as he’d promised on the campaign trail, Macron wrote many of its provisions into France’s permanent legal code. In February 2019, in response to the violence of the Yellow Vest protests, he pushed through a range of measures in an “anti-riot” law that, among other things, allowed the government to prevent specific individuals from participating in demonstrations and prohibited protesters from covering their faces. That law was so divisive it sparked the first rebellion within Macron’s parliamentary majority, with 50 members of his party, La Republique En Marche, abstaining rather than voting for it.

Though much of the reporting about the latest security bill has tied it to Macron’s controversial proposals to combat radical Islamism, the bill actually responds to unrelated and largely technocratic concerns. Some of its measures are structural, having to do with reorganizing the multiple layers and jurisdictions of France’s municipal and national police forces. Others apply more rigorous regulatory oversight to the private security sector, which has expanded dramatically in France in recent years.

Another measure delimiting the police use of surveillance drones—a practice that to date has taken place outside of any formal legal codification—raised concerns among privacy advocates. But it was the law’s Article 24 that created the uproar that forced the government to promise a total rewrite of the offending clause. Article 24 would have banned the publication of photographs or videos of police actions if they were published with malicious intent to harm the officers involved.

While it aimed to prevent social media campaigns to dox and harass police officers, the provision was worded in such a vague and overly broad way as to invite suspicions that its true purpose was to intimidate citizens, but also reporters, from filming police abuses. That several videos of police brutality emerged in the week after the bill was passed by the National Assembly, including a brutal and racist police assault on a Black music producer in the entrance of his own studio, seemed to confirm those suspicions.

The security bill episode has put Macron’s attempts to co-opt the far right in the spotlight, even as it highlights the distrust he has generated across the political spectrum.
Though the security bill has once again called into question Macron’s liberal credentials, it does not emerge from a vacuum. It is a product of both recent developments and long-term trends in France—starting with the traumatic experience of the Yellow Vest protest movement in 2018 and 2019. While most of those demonstrations, particularly in their early weeks, were peaceful, they were almost immediately hijacked by a comparatively small cohort of violent protesters who progressively took over the tail end of the marches to engage in running battles with riot police.

As those clashes became increasingly violent, protesters used social media to name and shame French security forces they accused of brutality. Some of those social media campaigns were simply spurious attempts at harassment. But many of the accusations were justified. The excessive use of force by French security forces, including numerous cases of protesters blinded by rubber bullets, was even condemned by the U.N. high commissioner for human rights, Michelle Bachelet.

At the same time, at the outset of the Yellow Vest protests, there was a palpable sense that those security forces were the only thing standing between Macron and a popular insurrection. And over the course of the year that the protests took place, each and every Saturday, the increasingly beleaguered security forces were stretched thinner and thinner by the constant overtime and burnout. Article 24 was an effort to mollify police unions whose members felt overused and underprotected. But the public outrage in reaction to it demonstrates a deep distrust of Macron’s perceived authoritarian instincts, exacerbated by resentment over his government’s heavy-handed measures to contain the coronavirus pandemic.

Two longer-term trends, both involving the rise of the French far right, mean these tensions will be an enduring feature of French society for the foreseeable future, with or without the police bill. The first is the securitization of politics that can be traced back to Jean-Marie Le Pen’s surprise showing in the 2002 presidential election. Until then a perennial far-right gadfly, Le Pen owed his shocking breakthrough to the second round, where he lost to Jacques Chirac, in part to his campaign centered on heightened crime and insecurity, a message that was amplified in the media and gained traction with voters in the runup to the election. Since then, both the major parties of the center-right and center-left have progressively hardened their approach to law and order, a shift that was exacerbated by the wave of terrorist attacks beginning in 2012. In this context, Macron’s hard-line security record represents continuity with a secular trend in France that predates his presidency and will likely survive it.

The second longer-term trend is the racialization of this politics of security, another element of Le Pen’s agenda that was similarly mainstreamed, primarily on the right at first but now increasingly on the center-left. Le Pen traced criminality to immigration, and specifically the Arab and sub-Saharan African immigrant communities from France’s former colonies. That linkage was similarly exacerbated by the terrorist attacks of the past eight years, many of which were carried out by French-born descendants of those communities. The current security bill coincides with another campaign calling attention to a perceived breakdown in law and order in cities across France over the past year, despite most statistics in fact showing a steady decline in crime. This campaign similarly uses far-right dog-whistle terms like “turning savage” to portray immigrants as the source of the crime wave. If there is any overlap with Macron’s “anti-separatism” initiative, it is here, highlighting how widely France’s identity crisis has permeated, and often poisoned, its political debates.

If there is a danger for France, it is not that Macron is an aspiring authoritarian, as some of his critics have hyperbolically claimed. The true danger is that, like his immediate predecessors, Macron is so cynically trying to peel off political support from Marine Le Pen, Jean-Marie’s daughter and Macron’s second-round opponent in 2017, by offering a Le Pen-lite version of her agenda, despite the fact that trying to co-opt the far right on crime and immigration has historically served to broaden its appeal, in France and elsewhere. It is no coincidence that Article 24’s fiercest defender after it became a lightning rod for criticism, even within the government, has been Interior Minister Gerald Darmanin. A protégé of former President Nicolas Sarkozy, Darmanin’s unapologetic law and order posture—including an embrace of the “turning savage” rhetoric—serves as Macron’s bona fides among the “hard right” edge of the Republicans’ support base, widely seen as susceptible to Le Pen’s message.

It is almost a foregone conclusion that the runoff of the 2022 presidential election will feature a grudge match between Macron and Le Pen, at a time when the economic fallout from the pandemic could be severe. The conventional wisdom is that Le Pen has a natural ceiling in France of about 40 percent of the national vote. But with nothing else to lose, right-wing voters may finally choose the real thing over a cheap substitute, even as those on the left stay home rather than turn out for a president they feel has betrayed them.

The Dynamics Of Politics.

The Diaspora Perspective: Is Hope Uzodinma Fit for Purpose