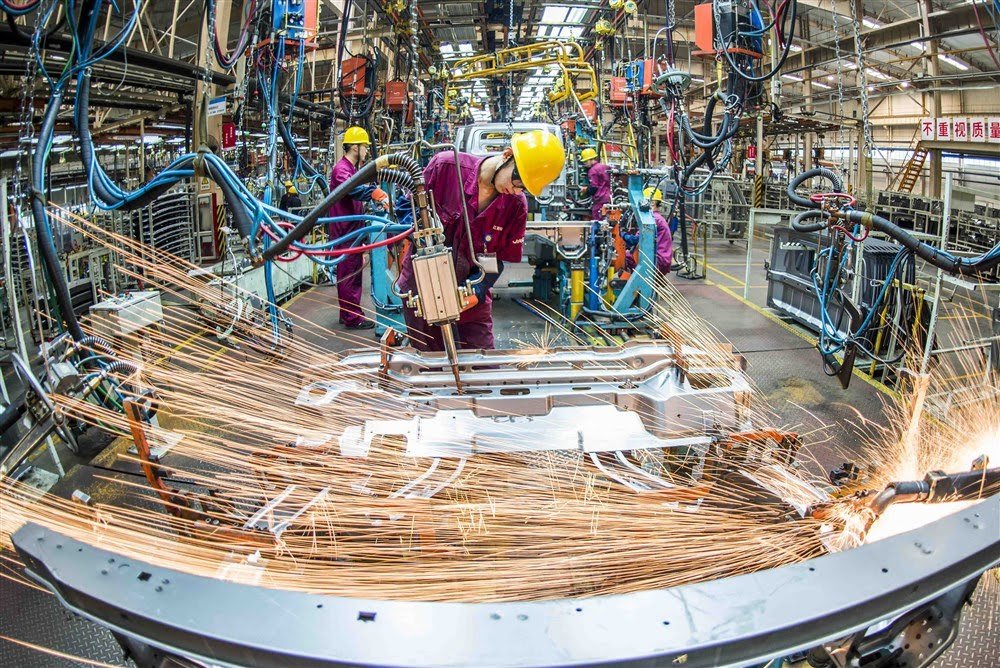 China was for decades one of the world’s most impoverished countries and ending absolute poverty has been an important policy goal for Xi. The Chinese leader pledged to meet his target by the end of 2020, and establish a “moderately prosperous society” ahead of the 100th anniversary of the founding of the Chinese Communist Party in July next year.The Chinese government defines absolute poverty as surviving on less than 2,300 yuan ($350) per year. Over the past 40 years, China has moved from a primarily agrarian economy into one of the world’s most rapidly urbanizing countries.

Chinese President Xi Jinping reached a major milestone last year in his five-year long fight to end absolute poverty across the country — but it doesn’t appear that he’s celebrating yet.

President Xi Jinping included it in his seminal “four-pronged comprehensive strategy” in 2014. Xi explained the notion in great detail at the 19th National Congress of the CPC in October 2017 in a speech titled, “Secure a Decisive Victory in Building a Moderately Prosperous Society in All Respects”, mentioning the concept 18 times.He said that building a moderately prosperous society in all respects meant promoting social fairness and justice, as well as ensuring steady access to childcare, education, employment, medical service, elderly care, housing and social assistance. He pledged to “intensify poverty alleviation, see that all our people have a greater sense of fulfillment as they contribute to and gain from development, and continue to promote well-rounded human development and common prosperity for everyone.”Now, a little more than two years later, the results are in, and China is about to eradicate absolute poverty. In 1979, China’s per capita GDP was $200. It is now estimated to be $10,000, a 50-fold increase－with GDP growth averaging just shy of 10 percent a year.Over the past four decades, China has lifted about 800 million people out of poverty, which is 70 percent of the global total. Little wonder China is set to become the first developing country to achieve the first of the UN’s 17 Sustainable Development Goals: No poverty.China’s rural population living under the currently defined poverty line of $1.90 per person per day fell from 770 million in 1978 to 16.6 million in 2018, and the rural poverty level declined from 97.5 percent to 1.7 percent, a decrease of 95.8 percent.In 2019 alone, about 340 impoverished counties and 10 million people were lifted out of poverty. And Xi pledged that after the eradication of absolutely poverty in 2020, China will launch a campaign to eliminate relative poverty, it is now observable in just two months to 2021.

Other statistics are equally impressive. For example, over the four decades of reform and opening-up, life expectancy has increased from 65 to 77, and the infant mortality rate dropped from 48 deaths per 1,000 live births to 6.1 deaths per 1,000.Sidney Gamble, an American sociologist, amateur photographer and grandson of the founder of Proctor& Gamble, now called P&G, made three study trips to North China in the early 20th century. The abject poverty of the people in Beijing captured in his photographs are in stark contrast to the photos taken last year in some of the exact same spots by his grandson that showed the Chinese capital’s state-of-the-art modernity.But much still needs to be done to realize the second centennial goal by 2050 (2049 being the 100th anniversary of the founding of New China), that is, to “develop China into a great modern socialist country that is prosperous, strong, democratic, culturally advanced, harmonious, and beautiful”.