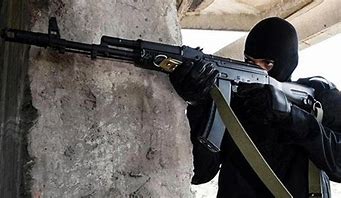 Kaduna State Police Command has confirmed the abduction of yet to be ascertained a number of students by gunmen from St. Albert the Great Institute of Philosophy.

The gunmen, who invaded the Saint Albert Seminary Catholic School in Fadan Kagoma, Kafanchan, Monday night, shot sporadically before forcing their way into the school campus to kidnap the students.

An audio recorded message by one of the students, who narrowly escaped being abducted, indicated that the Seminary students had just concluded evening prayers in the Church when the gunmen stormed the premises and captured about six students who were still in the church.

Some students who left early and were already having their dinner at the dining hall on hearing the gunshots ran to safety.

Our correspondent gathered that some of the students ran to the nearby river while another set was said to have been captured.

“You know, the students run a system of cafeteria where students go to have their dinner – after their usual events on Monday night the students. Went for their dinner, while some went to their rooms,” Kaduna State Chairman of the Christian Association of Nigeria (CAN), Reverned Joseph Hayab said.

“There were some of the students who were still in the cafeteria talking when the gunmen came shooting sporadically from nowhere and scared the students away. The Bandits were able to kidnap five of the students, but along the way I think when they saw that the vigilantee and other people were running after them, then they released two of the students and went away with three.

The CAN chairman said, “this latest kidnap simply show that all the trial and error the Government is doing about security have not worked. It closed down schools, shut down network on communication and banned commercial motorcycles, all these have not worked.”

When contacted for comments, Kaduna State police spokesman Mohammed Jalige confirmed the development and said that investigations were ongoing and details would be made available later.

COVID-19: UK to ‘simplify travel rules’ for Nigeria Nationals, others