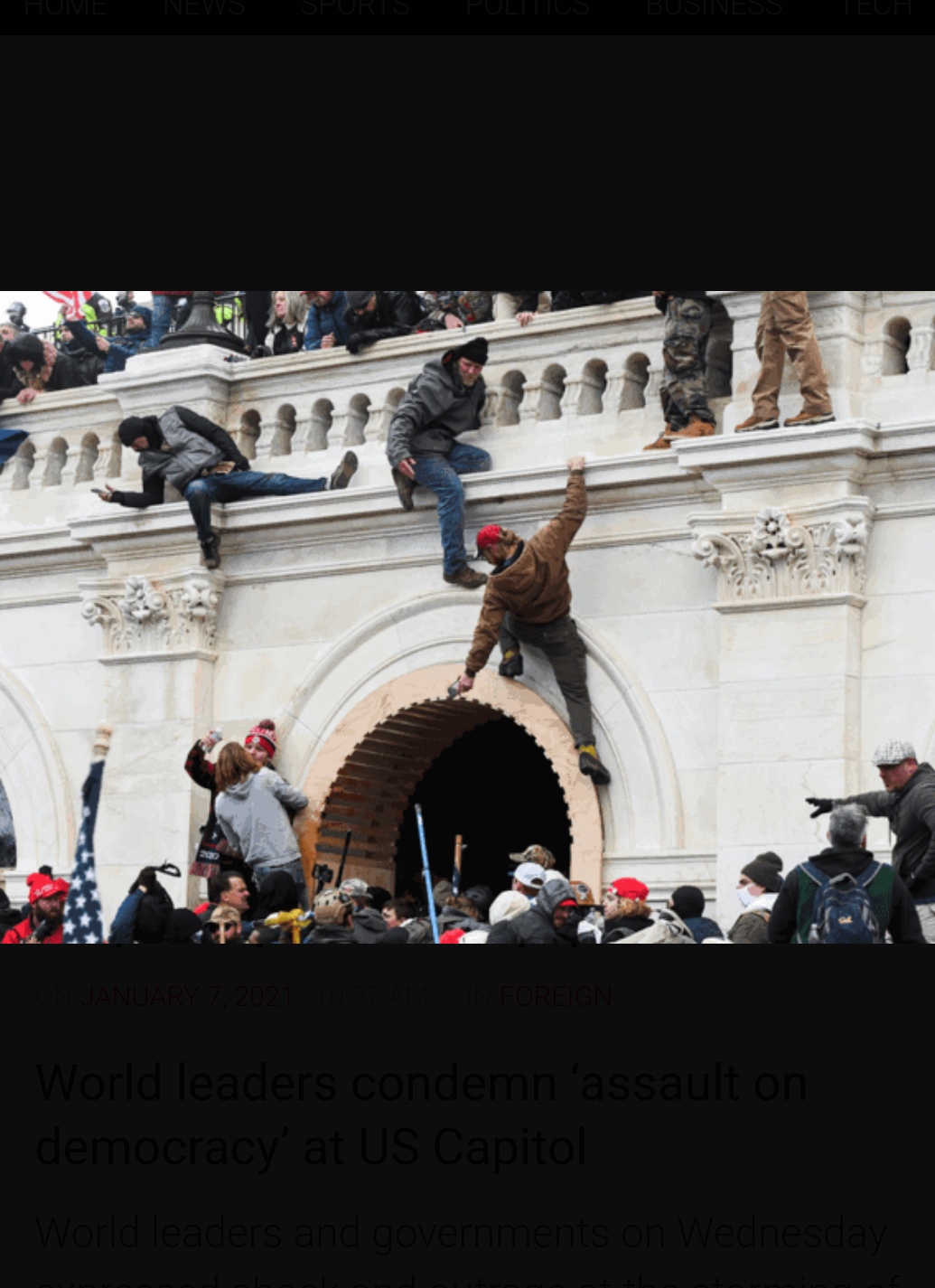 World leaders and governments on Wednesday expressed shock and outrage at the storming of the US Capitol in Washington by supporters of President Donald Trump.

British Prime Minister Boris Johnson on Twitter condemned the “disgraceful scenes in U.S. Congress. The United States stands for democracy around the world and it is now vital that there should be a peaceful and orderly transfer of power”.

British Foreign Secretary Dominic Raab added in his own tweet: “The US rightly takes great pride in its democracy, and there can be no justification for these violent attempts to frustrate the lawful and proper transition of power.”

UN Secretary General Antonio Guterres and president of the General Assembly Volkan Bozkir both condemned Wednesday’s violence at the US Capitol.

Guterres, according to his spokesman Stephane Dujarric, was “saddened” by the breach of the US Capitol building by supporters of outgoing US President Donald Trump.

“In such circumstances, it is important that political leaders impress on their followers the need to refrain from violence, as well as to respect democratic processes and the rule of law,” Dujarric said in a statement.

Every living former US president on Wednesday denounced the violence of a mob that stormed the Capitol building in Washington, forcing lawmakers to flee to safety and leaving one woman dead.

The crowd, made up of supporters of President Donald Trump, opposed the certification underway in Congress of Joe Biden’s presidential election win in November.

George W. Bush called out fellow Republicans for fueling the “insurrection,” likening the situation to a “banana republic.”“I am appalled by the reckless behavior of some political leaders since the election and by the lack of respect shown today for our institutions, our traditions and our law enforcement,” Bush’s statement said, in a barely veiled swipe at Trump.Barack Obama also blamed Republicans and Trump, “who has continued to baselessly lie about the outcome of a lawful election,” he said in a statement.Trump’s most recent predecessor called the incident “a moment of great dishonor and shame for our nation.”

Bill Clinton denounced the riot as “unprecedented assault” on the US Capitol and the nation itself.

“Today we faced an unprecedented assault on our Capitol, our Constitution, and our country,” the Democratic former president said in a statement.