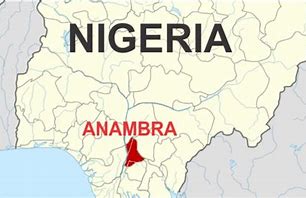 The activities of Unknown Gunmen in Southeastern States have caused a lot of tension within the Southeast region.

Also, Police Stations, INEC offices and politicians have been attacked by these unknown gunmen. However, a lot of people have stated that these attacks may affect the forthcoming gubernatorial election in Anambra State if these unknown gunmen are not prevented from carrying out their activities within the state.

Recently, Abubakar Malami (Minister of Justice) threatened to declare a state of emergency in Anambra state before the gubernatorial elections in the state.

Abubakar Malami disclosed that insecurity has increased across Anambra state and he revealed that Buhari’s administration will not allow hoodlums to overtake constitutional order in the nation.

Nevertheless, I believe that this threat made by Buhari’s Govt to declare a state of emergency in Anambra State may be a good move.

This is because declaring a state of emergency in Anambra State will increase the presence of military officers within the state and this will prevent Unknown Gunmen from carrying out their attacks in the state.

It’s important to know that declaring a state of emergency in Anambra State will equally boost the confidence of residents to do their businesses without being afraid of these Unknown Gunmen.