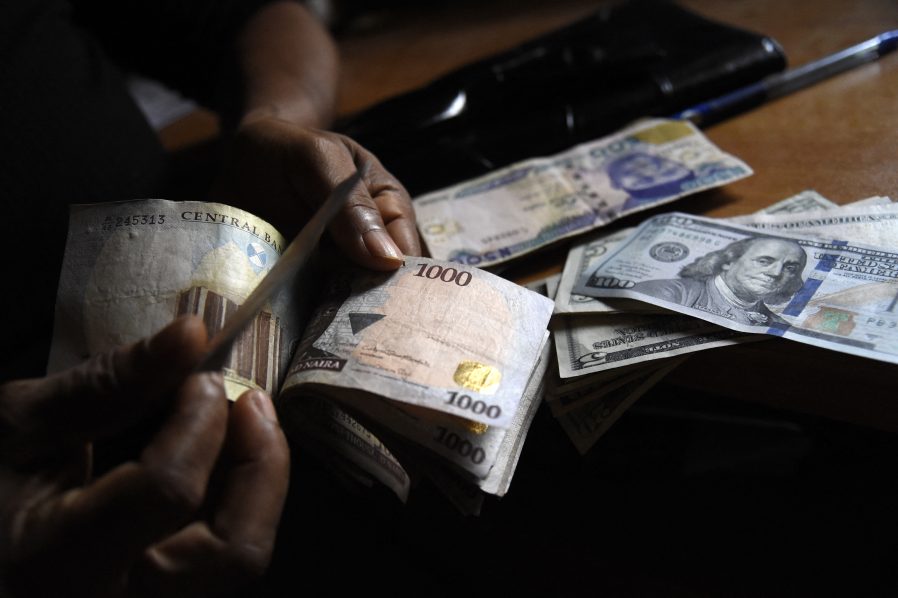 The persistent free-fall of the naira is an indication that none of the interventions being applied by the monetary authorities has worked. Otherwise, there would have been some respite for the beleaguered currency, even minimally.

The way things are going, the naira’s predicament is like an ailment that wants to kill the victim because, sadly enough, the root of the problem is overlooked while wrong interventions are being applied. Wrong diagnosis leads to wrong treatment with possible death of the victim.

In the 80s, while in the university, we did a course – The Structure of Nigerian Economy. From independence in 1960, Nigeria’s economy had structure. After the civil war in 1970, the economy was revamped as agriculture and industrial production boomed.

The most dramatic intervention on the naira was the recent shutting out of Bureau de Change operators from accessing foreign exchange from the Central Bank of Nigeria (CBN), a practice that has been going for years and apparently only in Nigeria.

Added to that is the existence of several exchange rates that are applicable to different people and situations in addition to the parallel and official exchange rates. The other day, the CBN Governor, Godwin Emefiele, stated that the only exchange rate he recognises is the Investors and Exporters (I&E) rate, stressing that he does not recognise any other rates in the market.

In the same vein, some people were calling for the resignation of Mr. Emiefiele, as if he is responsible for the ugly fate of the naira. The naira’s depreciation dates back to the mid 80s during the Gen. Ibrahim Babangida military regimes’ Structural Adjustment Programme (SAP). Mr. Emiefele is cracking a hard nut that whosoever takes that mantle, under the prevailing circumstances in Nigeria, would face the same ordeal. There is no magic about it.

At the last count, the naira exchanged for N571/$1. The CBN allowed the naira to float against the US dollar and other major currencies. It is like staging a fight between the tortoise and the elephant, the result would be tragic. The elephant will crush the tortoise under its huge legs and the blame will go to those who staged the fight in the first place.

The CBN’s decision left the naira in disarray. Now, the government is in a dilemma over what to do. It is easy to start a bush fire but most difficult to stop it. The naira is floating, indeed, tumbling freely with nothing to hold or support it. There is apprehension that except the economy is rejuvenated for productivity, rather than the current consumptive regime, the naira might plummet to N1000/$1 or more.

An economic analyst, Chukwuemeka Iheonunekwu, Founder/Head of Probusiness Consults, recently expressed that anxiety. He said the free fall of the naira is a hydra-headed monster that requires diverse and intensive intervention. Nigerians are anxious, especially over the mounting hardship triggered by the naira collapse.

It is worthwhile to ask if there is a red line in the free fall of the naira. What is the target? Or is the float limitless? Except there are limits set, which are being closely monitored by the CBN, the naira, under the present circumstances, could fall to an unthinkable level. The snowballing effect of the floating naira exchange rate has become the worst nightmare. The entire economy is bleeding; ordinary Nigerians are suffering untold hardship.

Unfortunately, the country is confronted with a blood-sucking insurgency and banditry that have created a devastating insecurity that will allow neither agriculture nor industrial production to take place. The situation is akin to war. There is no normalcy in the economy. That is the root of the forex crisis. And not until the situation is over would there be respite for the naira and the economy.

My greatest worry borders on the shutting down of companies/industrial firms and the resulting job losses at a time when millions of young graduates are idle with no jobs. The depreciation of the naira has triggered the worst economic downturn since the end of the Nigerian Civil War. Companies are shutting down due to their inability to withstand the shock.

Besides, the bloated foreign exchange rate has pushed the cost of travelling to an astronomical level, thereby drastically reducing the number of air passengers. The exit of the associated service companies could lead to the job losses. In the shipping industry, the story is the same. Reports had it that no fewer than 20 shipping companies have shut their operations in Nigeria due to unfavourable government policies thereby threatening the jobs of thousands of dock workers. The Nigerian Ports Authority (NPA) may also sack some dock workers as there are no jobs to do.

Furthermore, the Manufacturers Association of Nigeria (MAN) had lamented that some 272 firms have shut down due to the restriction placed on 41 items by the CBN. The items were delisted from the official foreign exchange window, leaving the companies that make use of the items to source foreign exchange from the parallel market. MAN also disclosed that the scarcity of forex has forced many small-scale businesses to close shop with as many as 180,000 job losses. To date, millions of people have been laid off their jobs. The catalogue of woes besieging the country as a result of the new forex regime is unending. The question is how much longer would the situation worsen before something is done about it?

Before the naira was devalued, there was too much debate for and against the move. While the antagonists contended that devaluing the naira without productive base would compound our problems by way of hyper inflation, the supporters argued that devaluation was necessary as a means of attracting foreign investors. President Buhari initially resisted the move but later succumbed, which is strange. Before the devaluation, Nigerians were in a better position to judge who, among the protagonists and opponents was right. Starting from the supporters club, it is pertinent to ask, to what extent has devaluation attracted investors? Rather than new investors rushing to Nigeria, those already in the economy are exiting. What signs are there that the present gloomy economic situation would turn out good without a return to agriculture and industrial productivity?

On the other hand, all the fears expressed by the opponents to devaluation are manifesting beyond imagination. This particular devaluation has triggered the worst inflation in Nigeria since independence, with a paint bucket of garri, Nigeria’s main staple food, costing N1000 from N80 in 2000; and a bag of 50kg rice selling for over N35,000 from N8000. The price of every consumable in the market is beyond reach. The result is untold suffering, malnutrition, kwashiorkor, sickness, pain and death.

Tinubu and the toxic leaders