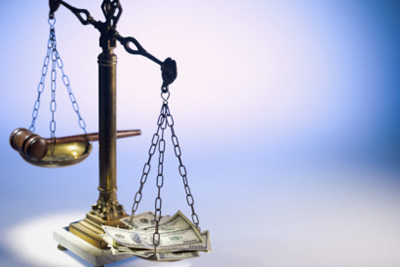 2021 Corruption knows no geographic boundaries, and its impact is devastating, particularly for developing countries. While recent revelations of massive corruption have made the issue a high priority for voters, the obstacles to effectively tackling corruption can prove to be persistent. That, in turn, can lead to popular disenchantment with leaders and democratic processes.

The world is constantly reminded that corruption knows no geographic boundaries. In South Africa, former President Jacob Zuma remains embroiled in court cases involving corruption allegations that helped remove him from power, while in Malaysia, former Prime Minister Najib Razak was recently found guilty and sentenced to 12 years in prison over the fraud and embezzling charges that precipitated his downfall. A money laundering investigation launched in Brazil in 2008 expanded to take down a vast network of politicians and business leaders across Central and south America.

The impact of actual corruption is devastating, whether it siphons money from public use or drives policy that is not in the public interest. The effects can be particularly pernicious in developing countries, where budgets are tight and needs are vast. The United Nations estimates that corruption costs $2.6 trillion in losses every year.But even the perception of corruption is dangerous, undermining people’s faith in government institutions, a phenomenon that is helping to drive a crisis of democracy worldwide.

In Transparency International’s latest Corruption Perceptions Index, most governments are seen as corrupt by their own citizens. The rise of populist governments in particular poses challenges. By their nature, populists tend to define themselves against a corrupt a corrupt elite, which then allows them to weaken institutions and divert attention from their own use of the levers of power to enrich themselves.

Because corruption is universally considered a scourge, it is often easy to mobilize public opinion against it. But that can allow ruthless political leaders to use anti-corruption efforts to purge rivals or crack down on dissent, particularly in authoritarian countries. Anti-Corruption recognises the courage and determination of the many individuals and organisations fighting corruption around the world.

2023 presidency: Northern elders make a U-turn, to work with other regions