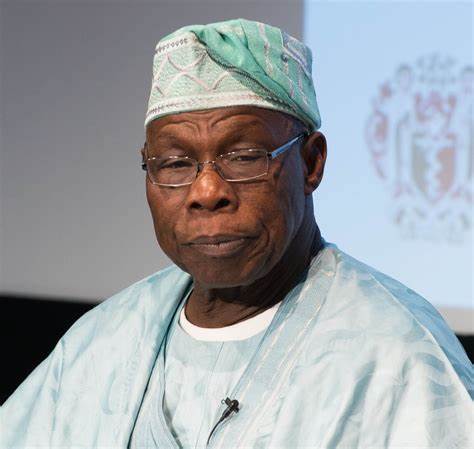 Ex- President Olusegun Obasanjo narrated how useful one can be in different conditions. Detailing his prisons experience , he outlined three major things he did while in Yola and Kirikiri prisons serving a jail term for a phantom coup charges by the late military dictator, Sani Abacha. This include: The Building of a Church, farming and conversion of Baba Ali to a Christian and served as prison pastor.

‘There should be no position that a man should find himself in life where he should not be useful to God.’

“I will mention three things that God made me to do when I was in Yola Prison.

One, God made me to build a church. It’s very unusual, I asked the authorities for land, they were reluctant, but eventually they gave me land and immediately, we started getting donations. It was started before I left Yola. Wherever you are, you can still be useful to the work of God.

“Secondly, there was a parcel of land, which was not being used for anything, so, I told the prison authorities that I wanted to farm. They were reluctant but eventually they granted me the permission to farm and I grew enough beans to feed all the inmates and the warders. Don’t remain idle, get something doing.”

He said, “They made sure we did not receive anybody from outside to come and preach to us or fellowship with us. So, I took over as the prison pastor. And there was a boy whom they had introduced to me, his nickname was Baba Ali. Baba Ali was the head of the armed robbers in the North. And if you were an armed robber and you came to the prison, you must first of all go and pay homage to Baba Ali. If you were going out, you must go to Baba Ali and ask him for instruction on what you had to do next.

By the time I was leaving the prison, I told Baba Ali that if he was able to make it and he would like to go to bible school, I would send him to Bible school. Baba Ali came out of prison two years after me. By the time he came out I had become the President of Nigeria. It took him two years to get through to me, when he got to me, I reminded him of our agreement and he said he was ready to go to the bible school. So, I sent him to the seminary. Baba Ali spent two years in the seminary, today Baba Ali is the pastor of a Baptist Church. What is more? Baba Ali’s junior brother took after him and has also become a pastor.

He added that there is Joy that comes eve while in certain Circumstances.

“There’s a difference between joy and happiness. In prison, I had joy but it will be madness for me to say that when I was in prison I was happy. How can you be in prison and say you are happy? But I was having the joy of God with me, not for one day was I sad. And I am grateful to God for the experience that I had in the prison.