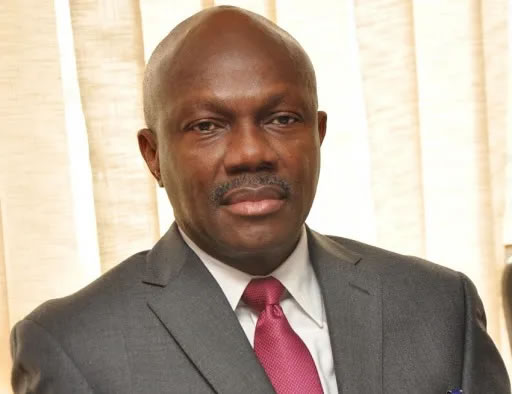 In a broken society/system, when, like some of us have often said, that if the hungry in Ajegunle cannot sleep, then the affluent in Ikoyi/ VI & Lekki, will also be kept awake by the hungry. We have pushed the boundaries and the oppressed to the wall and tried their patience to an inelastic limit, that there seem to be no other option left for them, than to react, either rationally or irrationally. The result is what is gradually unfolding under our noses. Because, a hungry man, the saying goes, is an angry man. And we are all now on edge.

Sadly, we have not heard from the President Buhari. There is palpable dearth of leadership and fear in the country at this trying period. The country has been drifting like a rudderless ship for sometime.
Now the area boys (Street miscreants), will soon constitute themselves into fiefdoms of local war lords. Nature, they say, abhors a vacuum. The vacuum of a decisive leadership, that has been created, by an absentee president that ought to be on top of his game in the country, will soon be filled by miscreants.

The police and other security operatives, who are sometimes assigned as security details, to the VIPs, see how their ‘ogas at the top’ move billions of stolen public funds in bullion vans to their houses in the highbrow neighborhoods of Lagos for political abracadabra. Those operatives that are poorly paid, would sooner or later join the ranks of the disgruntled area boys.

This is the result of our long years of neglect, profligacy, irresponsible governments and what the late Fela Anikulapo-Kuti, refers to as “Vagabonds In Power” (VIP). A foretold anarchy, which some of us have been warning and screaming about for years. Now the chicken has come home to roost.

The unfortunate aspect of it all, which although makes sense under the circumstances in curbing the further spread of COVID-19, is that the docile and absentee president will tomorrow extend the lockdown for another 2weeks, thereby exacerbating the masses unrest and looting.

Where are the billions of Naira that were donated by some Nigerian billionaires? Now is the time to deploy them as palliatives to cushion the adverse effects of COVID-19 to the vulnerables in the society.
Didn’t government through its Social Empowerment Progrannme, direct the Ministry in charge to arrange palliatives in order to give succor to our daily wage earners, artisans and petty traders ?

The unfortunate aspect of all this, is that these same area boys are the same people that are used by politicians as thugs, who collect money from politicians, vote in the wrong candidates and also used as tools for rigging elections, malpractices and election violence.
It’s just a vicious cycle. Are we cursed with perpetual inept, corrupt and incompetent leaders.

Going by some media reports, it is alleged that the distribution of the funds, was fraught with the usual Nigerian political inequity and lack of transparency of skewed distribution in favor of some favoured Northern States, to the exclusion of others. And whatever left, was alleged in some quarters to have gone up in the inferno that recently engulfed the Office of the Accountant General of the Federation (OAGF).

What a country? What a theater of the absurd? But for god sake who did we offend?
According to Shakespeare: “The fault is not in our star. But in ourselves”.
Giving the right leadership, Nigeria could be a better nation than the lame duck, clay footed giant of Africa that it has long been.

Perhaps Nigeria needs to atone for the innocent blood that have been shed all through our unfortunate history of ethnic violence, progrom, coups and counter coups culminating into a 30 months civil war, which took the lives of millions of Nigerians.

Nigeria needs to revisit and consider the implementation of the 2014 National Conference, repudiate the 1999 military imposed constitution, restructure the country into either a true Federal Republic or a Confederation. That to me, is the only way that the country can make progress in the 21st century.

Perhaps, out of the ashes of COVID-19, would emerge a restructured Nigeria or enthrone credible and competent leadership.
What is certain, is that we cannot continue like this. Something would have to give.
Enough is Enough.