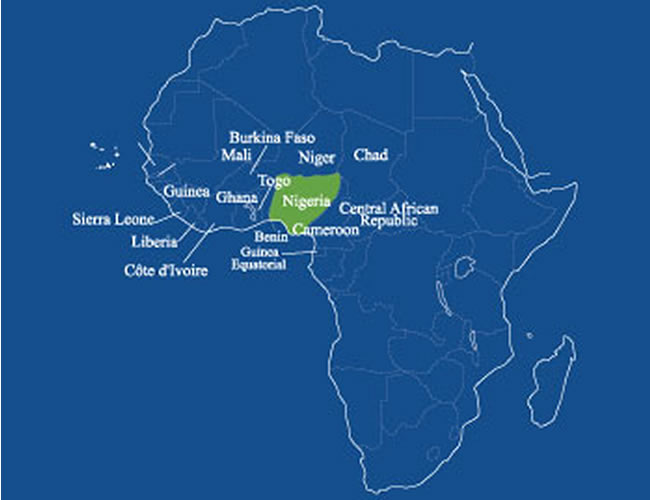 Let us now, consider some of these factors/variables

• Some of the most sort after and attractive diplomatic postings, that would- be Nigerian Ambassadors jostle for, I am told are Benin Republic and Togo. You may ask why?
First, is the common borders with Lagos, which provides the “lucrative” smuggling route from Benin & Togo (bad habit). Through which billions of dollar trade are routed, which invariably is highly beneficial to the economy of Lagos, the SW, before it trickles to the rest of the country.
In a nutshell, there is a trade and services corridor to the West African route from that axis to Europe
Is there à corollary for the South East?
Do we have a strategic approach to trade and investment by our political leaders on regional cooperation and integration ?Refer to my article posted on this platform last week.
• South East/ Akwa Ibom/ Cross River Economic & Infrastructure ie Highway and road network development; aimed at opening and linking the East Region to Europe, East, Central and South Africa through Ikom, Ugep, Manfe in Cameroun. By so doing, open up a trade route to Europe and the rest of Africa. An unprecedented catalyst for the Eastern economy and other parts of the country would be unleashed.
I’m not unaware of some of these items being on the Exclusive Legislative list; however, everything is negotiable with ako n’uche. It was President JF Kennedy who once said “….Never fear to negotiate but never negotiate out of fear”

It is no secret that Aba once controlled the bulk of the textile industry in Nigeria until rival Abiriba importers in Aba blew the whistle on each other and Abacha seized their ship load of textiles and froze their accounts in Citizens Bank, in the early 1990. I know, because I was then the Economic Adviser to Abia State Government.

The Ukpabi Asika administration had mapped out a very Grand development agenda for East Central State, which amongst other things had: Metallurgical Plant Aba- for the fabrication of machines and tools; Twin City in Ukwa West, which as Chairman later in 1995, I renamed Obuaku city (coined from the two villages/ donors of the land, Obuzor and Uzoaku. We ensured that starting from payments to obtain Forms to acquisition of land on the site and services project were paid directly to Diamond Bank and NEVER to government ( on my insistence). With the exit of the military administration that I served as Economic Adviser, the project became moribund, in the usual lack of continuity of projects that are not originated by a new administration, irrespective of its economic benefits. Details for future discussions

The Asika master plan, had considered dredging the Imo River at the end of Obuaku City, which also had an abandoned rail line used for transporting eastern Nigeria goods produce and, I think UAC produce stores.
Fast forward, then came the Sam Mbakwe administration, which built upon the master plan and created additional economic ventures, such as the Palm, Poultry, initiated the airport and the university.
If subsequent administrations in the Southeast, particularly the political democratic dispensation had, tried as much as 10% of the previous administrations in terms of development.
The past industries built by the M.I Okpara’s Government, such as the Ulonna Farm Settlements, Golden Guinea Brewery, the Modern Ceramics, the Presidential Hotels, were left to go bankrupt and out of services

One then wonders that par adventure that these industries were still up and running, would the level of migration of Igbo hardworking youth have reached this alarming proportion?

If one sits down to calculate the billions of dollars that have passed through subsequent administrations in the five SE states since 1999 from both Federation Accounts, international development partners funds and IGR, then you will wonder, why the East is in such an economic pitiable and abysmal state.

Statism and State discrimination: it is not uncommon that different states in the SE had at some point in time have asked fellow Igbo tagged as “Non-Indigenes”, to vacate their states employment and go back to their state of origin. In fact, I recall, the case of our own very Prof Anya’s wife, being asked to leave the public service of Enugu state, as she was a Non indigene of the state.

Abia state later had its own quit order to other Igbo “Non Indigene” of the state. You can now understand Igbo discrimination against Igbo. Where does this lead us as a people?

Port Harcourt: The heartbeat and center of the nation’s Petroluem industry which accounts for over 80% of the country’s national revenue, had and still has its allure of economic prosperity and future for the teeming and adventurous youths. The sector and the city have within their vicinities, ancillary service businesses such as shipping, clearing and forwarding agencies, which each employement- seeking niche player could find a space to breath. After all, no alternatives exist in Igbo heartland.
The Port Harcourt seaport, also provides huge economic activities and opportunities.

Abuja: The seat and headquarters of majority of MDA, world class infrastructure, the bubbling three arms of government with their myriad of wheeling and dealings, provide an optimistic hope and/or opportunities for the job and deal seekers.
Why then, do we wonder why any ambitious young adult, who envisages or hopes for a better life or rational expectation not migrate to a dream land. To do otherwise would be stunted ambition and what we called in our days NFA (No Future Ambition)

The migration of some of the best from the Southeast and Nigeria should be blamed squarely on the failure of leadership at all tiers of government, particularly the local governments and the states. Not until we start to hold those in charge accountable and enthrone some of our abundant quality leaders in positions to made real changes to governance , then, I am afraid that we shall continue to lose our best brains and hands to better organized states, the FCT regions, and countries.
But all hope is not lost as I see a silver lining under the cloud.

Nigerian Diaspora are in the Diaspora for Homeland Development Initiative.