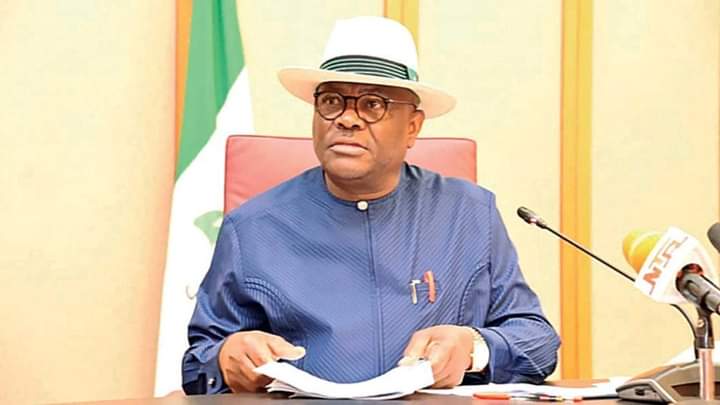 As all eyes are fixed on the Supreme Court, awaiting its verdict on the Value Added Tax (VAT) dispute between the Federal Government and Rivers State, indications emerged yesterday that the Attorney General of the Federation (AGF), Abubakar Malami, and the governments of Adamawa, Plateau and Kaduna states will join the Federal Inland Revenue Service (FIRS) in its appeal against the judgment of the Federal High Court in Port Harcourt that empowered Rivers to collect the tax.

The high court had in the judge ruled against FIRS in the tax collection tussle and ordered that Rivers was the rightful collector of the tax. The FIRS, thereafter, challenged the judgment at the Court of Appeal seeking that the high court verdict is set aside.

However, it was confirmed that they would file a leave of the court to be joined in the suit on Tuesday.

Although the AGF is already a defendant in the appeal, the source hinted that the Federal Ministry of Justice under the AGF has opted to be part of the appellant in the matter so as to enable it to argue effectively in support of FIRS.

“They are going to seek to be joined in the suit as co-appellants against the Federal High Court’s judgment that favours Rivers. These states understand the possible consequence if the final judgment at the Supreme Court goes against FIRS. They are going to take the fight as if it is theirs,” the source stated.

“In fact, their motion papers would be ready today (Monday) and will be filed on Tuesday. I can confirm that to you,” the source revealed, adding that more states, particularly Kogi and Zamfara, have expressed their readiness to be joined in the suit to form a coalition with FIRS.

Dr Jibrilla Umar Gwandu, Senior Special Assistant to AGF Malami, could not be reached for comment at the time of filing this report.x

The decision of the three states is coming on the heels of a communiqué released last week by the Northern State Governors’ Forum, where they expressed dissent with the VAT laws of Lagos and Rivers states, as well as the anti-open grazing laws of the Southern states.

YESTERDAY, Director-General of the Progressive Governors’ Forum (PGF), Salihu Lukman, faulted the decision of Lagos State Governor, Babajide Sanwo-Olu, of the ruling All Progressives Congress (APC) to align with the Rivers State Governor, Nyesom Wike of the opposition Peoples Democratic Party (PDP) in fighting the APC-led Federal Government over VAT.

Lukman, who declared this in a statement issued in Abuja, titled: ‘APC and Struggle for New Nigeria,’ said Sanwo-Olu should have instead directly engaged the Federal Government on his own.

He further warned against the break up of APC over the controversy surrounding the zoning of the exalted seat of the presidency ahead of the 2023 poll.

This was as he alleged that some chieftains of the ruling APC are working in concert with PDP elements to force the ruling party to cede its presidential ticket to the South in the lead up to the 2023 general election.

On VAT, Lukman said it is politically scandalous for an APC state to sue an APC-led FG. He said: “All APC members must strongly appeal to all APC leaders to rebuild confidence and ensure that every issue that should be addressed within the structures of the party are treated so. Perhaps, also in relation to the question of the unity of leaders within the party, all governments produced by the party should be able to strengthen internal relations.

“Internal consultative processes should be functionally made stronger such that disputes between governments are well managed, negotiated and any possible agreement respected. The recent partnership between Lagos and Rivers in relation to the legal dispute on VAT against the Federal Government is, to say the least very disturbing.

“All party members and leaders should without prejudice to the grievances of Lagos State Government appeal to Governor Babajide Sanwo-Olu to initiate processes of direct engagement with the Federal Government to resolve all issues.”

MEANWHILE, the Federal Government will today begin a public hearing for a new revenue allocation formula as Southwest states converge on Lagos. This is coming amid an ongoing face-off over a collection of revenue, especially VAT and stamp duty. The Federal Government currently takes 52.68 per cent of revenue generated in the country, states get 26.72 per cent, while the 774 Local Governments get 20.60 per cent.

The Revenue Mobilisation Allocation and Fiscal Commission (RMAFC) disclosed in a release issued in Abuja that the process would kick off with a two-day public hearing in Lagos.

The Southwest public hearing would officially kick off the nationwide consultations expected to lead to a new revenue sharing formula for the country. The states expected to participate are Lagos, Ekiti, Oyo, Ogun, Ondo and Osun.

The public hearing for the South-South zone is expected to hold in Rivers State from October 7 to October 8 with participants expected from Rivers, Akwa Ibom, Bayelsa, Cross River, Delta and Edo states.

For the Southeast states, it will hold in Imo from October 11 to 12.

Under the current sharing arrangement, according to the Commission, the current review will focus only on the vertical allocation, which covers allocation to the Federal, States and Local Governments and does not imply a reduction in the cost of governance.

RMAFC added that the review is in pursuant of the constitutional mandate that empowers it to “review from time to time, the revenue allocation formula and principles in operation to ensure conformity with changing realities.”