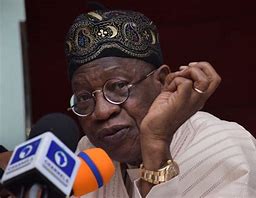 The Federal Government says “Vaccine Nationalism’’ whereby developed countries are mopping up available COVID-19 vaccines to the detriment of developing nations is posing challenge to restart of tourism sector.

The Minister of Information and Culture, Alhaji Lai Mohammed said this on Monday in Birnin-Kebbi in his address to mark the World Tourism Day, with the theme “Tourism for Inclusive Growth’.

Mohammed said the colossal social and economic impacts of the pandemic on both developed and developing economies could be ameliorated with the restart of the tourism sector.

He said the restart of the tourism sector would facilitate global recovery and growth that would be widely and fairly felt.

The minister, however, frowned at a situation where vaccine nationalism heightened by inequality and inequity in global vaccine distribution system was posing a challenge to restarting tourism globally.

“Today, rich countries are able to procure vaccines for their own citizens through direct agreements with pharmaceutical companies.

“On the other hand, low and middle income countries are lagging, unable to act as speedily as rich countries in securing the quantity of vaccines they need or unable to afford to pay for any at all.

“Whereas some rich countries are already talking of third booster shots, many low and middle-income countries have not even given one shot to their citizens.

“Added to this is the restriction placed on the citizens from certain countries by the rich nations.

“These restrictions, made possible by the use of ”vaccine passports”, as well as the low level of vaccination in the low and middle income countries due to ‘vaccine nationalism’ that has seen the rich ones mop up available vaccines, are capable of thwarting the efforts to restart tourism.

He stressed that all hands must be on deck for tourism to remain a sector of hope, providing opportunities for empowerment and entrepreneurship for people and education.

Mohammed commended the efforts of the government and people of Kebbi State in tourism promotion, particularly through the Argungu International Fishing Festival which had transformed to remarkable international event.

He said the Federal Government would continue to support in the driving of the tourism sector to attain an important economic driver.

Kebbi state Governor, Sen, Abubakar Bagudu said he was delighted that Kebbi was chosen to host the 2021 world tourism day.

Bagudu, represented by his Deputy, retired Col. Samaila Dabai, said the state had distinguished itself as a one stop shop for tourism and culture by hosting many festivals that yearly attracts numerous tourists from within and outside the country,