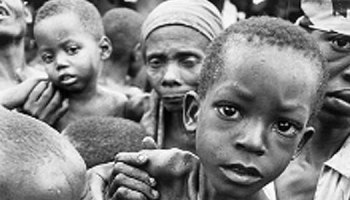 The United States, Europe and Germany are the largest donors towards humanitarian efforts in NorthEast Nigeria in 2021, donating a total of $330.4 million.

A statement on the Humanitarian Funding Overview stated the US is largest donor to the critical needs of people in Borno, Adamawa and Yobe (BAY) states crisis so far in 2021, contributing $244.2 million.

This is followed by European Commission’s Humanitarian Aid and Civil Protection Department ($44.8 million) and Germany ($41.3 million).

It added that the three donors have provided 70 percent of total funding so far this year.

The statement read, “With the cholera outbreak in the BAY states combined with the negative impact of the lean season, immediate funding is needed to prevent catastrophic food insecurity and alarming Health and WASH issues.

“To date, the generous donors have provided $478.5 million, which represents 47.5 percent of the total requirement. In addition, some organisations, including the UN, NGO and Red Cross Movement, have received 97.3 million outside the HRP.

“Food Security received the most significant funding at $92.1 million and Nutrition at $35.2 million.