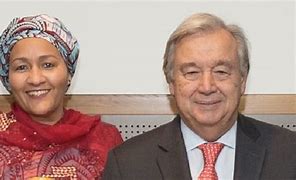 The U Chief Antonio Guterres has been re-appointed on Friday to his second term as the UN Secretary-General.

The President, Major General Muhammadu Buhari (retd.), on Saturday congratulated the Secretary-General of the United Nations, António Guterres, on his re-appointment for a second term in office.

The 193-member United Nations General Assembly has voted in favor of reappointing Secretary-General Antonio Guterres for a second term. His new five-year stint is due to begin at the start of 2022.

Guterres, who has led the global body since 2017, was sworn in following Friday’s vote.

Last week, the UN Security Council formally recommended Guterres for re-election as secretary-general, ending the hopes of seven lesser-known contenders, including two women, who had been put forward for the position.

Guterres served as prime minister of Portugal from 1995 to 2002 before leaving national politics to become United Nations High Commissioner for Refugees.

Buhari expressed confidence that Mohammed’s extended stay in office will embolden more women and girls, especially in Africa and Nigeria, to aspire to new heights of leadership, dream beyond the borders of their country and learn from her dedication to seeing lives transformed for the better.

He also praised the former minister for her contributions to development, at home and abroad, praying that the Almighty God will grant her good health, strength and more wisdom for the journey ahead.