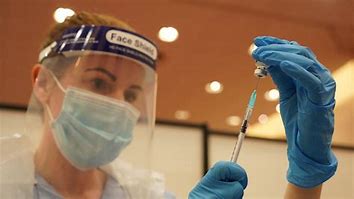 Britain has secured more than 100 million extra doses of the Pfizer and Moderna vaccines in a move which will allow for repeat booster campaigns in future years.

New versions of the two jabs which have been tweaked to adapt to different variants may also be available to the UK under the terms of the deal being announced on Thursday.

Agreements with the two jab manufacturers were sped up in the wake of the discovery of the omicron variant last week.

Supplies for the current booster campaign have already been secured, but the new deal adds another 114 million doses to the existing order.

The doses – 60 million from Moderna, and 54 million from Pfizer – will be delivered over the course of next year and 2023.

If variant-adapted jabs are produced by either firm, Britain will have priority access to them.

The Oxford/AstraZeneca vaccine which provided the bulk of the initial rollout is now unlikely to be used in future campaigns following evidence that jabs based on mRNA technology are more effective.

News of the deal is likely to heighten criticism of the large numbers of doses ordered by the UK and other western powers such as the US and EU while the developing world is still struggling to get enough vaccine supplies.

Britain has ordered a total of 453.5 million jabs from six different developers, and has given away 70 million to developing countries.

The agreement was secured by the Vaccines Taskforce, which works outside normal Government structures to strike deals directly with pharmaceutical companies.

Health Secretary Sajid Javid said: “Thanks to the Vaccines Taskforce, we have an excellent track record of securing the vaccines the country needs to keep this virus at bay.

“These new deals will future proof the Great British vaccination effort – which has so far delivered more than 115 million first, second and booster jabs across the UK – and will ensure we can protect even more people in the years ahead.”

Whether annual vaccinations against Covid-19 are necessary in future depends on how far immunity wanes over time, and whether the current generation of jabs continues to protect against new variants.

Professor Robin Shattock, of Imperial College London, is developing RNA vaccine technology, backed by AstraZeneca, which he aims to use for Covid jabs and, ­potentially, joint Covid and flu vaccines.

He told i: “As we see more and more variants, it may be that one needs to have the equivalent of the flu jab with several strains in your Covid vaccine.

“It’s very hard to predict. It could be that it just settles down and either Omicron or Delta remain the dominant strain… or it could be that we need to develop approaches that give you enough breadth of anti­bodies – so a mixture of different strains – so that you’re well equipped for any kind of changes.”

Is This The Brave New World you Want to See?