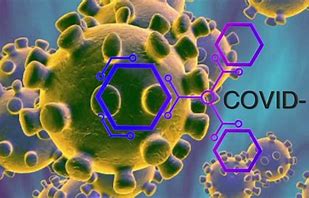 Britain is nearer the end of its pandemic than any other country in Europe, a study has suggested.

Thanks to a combination of infection and vaccinations England’s high level of immunity means it has the least potential for a devastating wave, scientists calculated. If all restrictions and vaccinations were to stop today, the study estimated, England would have 10,000 more deaths, compared with 114,000 in Germany and 16,000 in Greece, which is a sixth the UK’s size.

At present in the UK there are about 1,000 deaths from Covid-19 a week, approximately 15,000 of which have been since ‘freedom’ in July. The findings, which made some simplifying assumptions about immune protection, were based on a calculation of the distribution of immunity in different age groups and countries.

Of the 19 countries in the study, the researchers did not look at Scotland, Wales or Northern Ireland but said they expected broadly similar figures to those for England.

Lloyd Chapman, from the London School of Hygiene and Tropical Medicine, said that the relatively good prognosis for the UK was not cause for unalloyed congratulations. “In a sense we paid a very high price for being further along a path towards having a high level of immunity in the population,” he said. “Whether that was the right strategy or not, I think in a way only time will tell.”

Since the early summer the UK has had a high level infection and over the course of the pandemic, it has had about 2,100 deaths per million people, similar to Belgium and Italy but more than the European average and almost double that of Germany.

That was not the only reason why England appeared to have fewer “potential deaths” left. Chapman said: “England has done a good job of getting higher vaccination coverage in the eldest age groups.” In Britain, the effect of boosters can now be seen clearly in older age groups. With almost 16 million boosters or third doses already distributed, more than almost any other European country, cases among the over-70s are dropping.

According to the study, infection- acquired immunity ranged from 3 per cent in Norway to 70 per cent in Romania. Vaccine coverage was highest in Portugal and lowest in Slovakia and Romania. It estimated that Romania could yet have 70,000 more deaths.

Romania showed one of the problems with gaining immunity through infection, Chapman said. “The story of the pandemic is that the really high incidence of infections has been in younger age groups, and yet the impact has really been seen in the eldest age group, so despite very high levels of natural immunity, there are still enough susceptible people through lack of vaccination.”

Across Europe the study estimated that there was still the potential for 300,000 further deaths and 900,000 more hospital admissions. To come up with the figure, they assumed that immunity was fixed, and that the full remaining potential of the pandemic was then experienced by each country.

Chapman said that this was an oversimplification but it gave countries a good idea of the potential that remained for poor outcomes — and how far they were from a state where the virus could be endemic.

Yesterday the boss of the NHS said that handymen will be sent to homes to install handrails to prevent falls, cleaning mould to aid people with breathing problems as well as sealing draughts to reduce pressure on the health service.