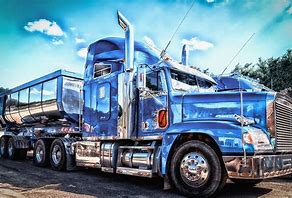 This was contained in a statement released by the Department for Transport over the weekend, in which it noted that 5,000 heavy goods vehicle (HGV) drivers will be allowed to come into the UK for the purpose of work, for a duration of 3 months in the run-up to Christmas in order to provide “short-term relief for the haulage industry”.

Also, some 5,500 poultry workers will be included in the visa scheme to “avoid any potential further pressures on the food industry during this exceptional period”.

The UK government stated that recruitment for extra short-term truck drivers and poultry workers is to commence in October with visas valid until December 24, Christmas eve.

Reports claim that the shortage in the workforce truck drivers in the UK has been worsened by the pandemic, an ageing workforce, poor working conditions, and post-Brexit immigration policy.

According to the UK Transport Secretary, Grant Shapps, the visa scheme would reduce the impact of the COVID-19 pandemic on the country’s haulage and food industry.

“This package of measures builds on the important work we have already done to ease this global crisis in the UK, and this government continues to do everything we can to help the haulage and food industries contend with the HGV (heavy goods vehicle) driver shortage,” Shapps said.