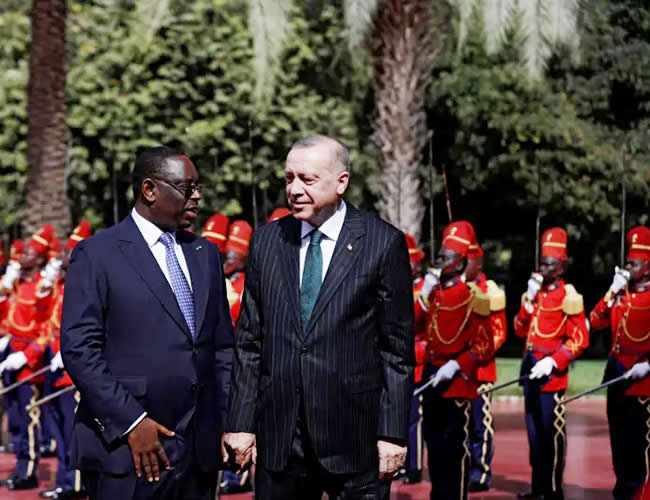 It is important to understand that this is in the context of the US generally reducing its global role and comes around 60 years after European colonialism was rolled back.

Call it a new ‘Great Game’ or war for hearts and minds, or just influence peddling, but Iran and Turkey are now engaged in greater efforts to expand their role in Africa. This comes as Russia and China are also extending networks on the continent. It is important to understand that this is in the context of the US generally reducing its global role and comes around 60 years after European colonialism was rolled back.  The increasing footprint of Iran and Turkey have caused concern for other states that view their role as belligerent. That means that Gulf media is concerned that Turkey has a large base in Somalia and that Turkey has sought more bases in Libya, as well as work in Sudan and Tunisia. One could see this as a competition for East Africa, which is across the Red Sea Bab al-Mandeb straits from Saudi Arabia. But there is also competition for influence in North Africa, especially in Libya’s civil war and Tunisia.  Both North Africa and East Africa are basically either part of or border regions of the Arab League. That means they have direct connections to the security framework in Riyadh and Cairo. It is why the UAE, for instance, has interests in Somaliland, an autonomous region that declared itself independent of Somalia.  Beyond this area there is a swath of territory across the Sahel that is impacted by extremist groups. These include Al-Shabab, Boko Haram and groups linked to Al-Qaeda and ISIS. This swath of territory has led to rising attacks on countries such as Niger, Burkina Faso, Central African Republic, Mali and other states.An article at The National in the UAE in May revealed that Iran has begun to play a role with military proxy groups in the Central African Republic (CAR). The article revealed that Iran’s Islamic Revolutionary Guards Quds Force has played a role in cultivating “terrorist cells.” It has operated, funded, trained and directed proxy groups. Its role and influence in Africa is still far from mapped and known but the article implies it has recruited figures in the CAR and elsewhere. Iran has also been active in Nigeria and also in South Africa and Hezbollah has been active in West Africa.  An article at Al-Ain also asserts that Turkey and Qatar are now working to exert influence in Africa. The article asserts that Qatar has been trying to do influence peddling in Tunisia and that Qatar’s Defense Minister Khalid al-Attiyah has been coordinating with Turkey’s defense minister in discussions about Libya and Tunisia. They want to establish a “joint military training center” in Libya.  “Doha offered Tunisia to finance development projects,” the report notes. Qatar is an ally of the Islamic right-leaning party Ennahda.  Al-Ain, which is pro-UAE, also accuses “Qatari intelligence” of a role in a “prison break” in Somalia in which a member of Al-Shabab escaped. It wasn’t clear what evidence there was for this story. However, the report goes on to argue that Qatar has also sought to increase its influence in Senegal. “Qatar faces difficulty in establishing relations in West Africa and it turns to Turkey to do so,” the article notes. It points to Turkey’s foreign minister who has visited Mali, Guinea-Bissau and Senegal, as well as Niger Equatorial Guinea, Algeria and Togo in the last year.  The stories in the Gulf represent messaging that notes that Africa is basically now a place of potential tension and even conflict between the Gulf states and the Qatar-Turkey alliance. This is already taking place in Libya. Politically it is taking place in Nigeria as well. The question is whether it will impact political developments in places like Mali and Sudan where there have been changes in government.