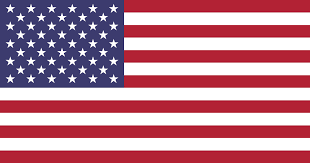 January 14 would go into American history books as being both a surreal and highly defining day.

Surreal, in the sense it was just eight days ago that pro-Trump supporters and far-right groups breached the US Capitol Building to protest Donald Trump’s election loss, as Congress debated the 2020 Electoral College vote certification. They came, saw and created grief! A gallows – replete with a hangman’s noose – was set up on the grounds of the Capitol as insurrectionists and anarchists were chanting “Hang (Vice President Mike) Pence” and “Kill (House Speaker Nancy) Pelosi”!

Several were spotted waving the Confederate flag. To contextualise this spectacle for those in Nigeria, it would be like watching a group of Biafran secessionists violently force their way into the National Assembly, and proceed to triumphantly wave the flag of the defunct Republic of Biafra. The raw symbolism is bound to make a vast number of Nigerians apoplectic with rage! Still, it isn’t really at par with the far uglier symbolism of the American spectacle.

The Confederate states were the slave-owning southern states who lost to the Union Army in the civil war that ensued after they decided not to comply with President Abraham Lincoln’s ‘Great Emancipation Act’ that outlawed slavery illegal in America. The flag became anathema to all people of colour who had to shed sweat, tears and blood to procure voting rights and other civil rights reserved exclusively for Whites.

An insurrectionist could also be seen gleefully carting away the official lectern/podium of the House Speaker as a booty. Yet, it was behind the same lectern that Pelosi stood to announce the outcome of the impeachment proceedings defiantly conducted in the same chamber!

Highly defining, in the sense that by the time the dust settled, President Donald John Trump was impeached a second time, this time for ‘incitement of insurrection.’ This made him the first and only POTUS to be impeached twice in the US history – more so within a first term presidency!

It is true, as American essayist Edgar Watson Howe (1853 – 1937), noted, that “People tolerate those they fear further than those they love” – a hypothesis earlier enunciated by Niccolo Machiavelli in his best-selling classic, “The Prince.” But truth be told, the enablers of Trump are not really walking in total lockstep with him out of fear, as conventional wisdom dictates. Fear is only a symptom of a disease called uncertainty. A case in point is in 1844 when the Whig Party-controlled Congress commenced impeachment proceedings against a mutinous John Tyler, who had succeeded Whig Party President Zachary Taylor after the latter died in office. They ultimately declined to impeach him because there was no ironclad assurance that his likely acquittal would devastate the party.

So, the Republican congressmen who voted not to impeach Trump primarily didn’t do so because they put friendship and party before truth. Uncertainty about what the present and future hold for them made them adopt pragmatic self-preservation measures. But it goes to underscore the undisputable truth that the current crop of Republican congressmen are an embarrassment to theirpast leaders who walked across to the White House in 1972 to ask President Richard Nixon to resign or be impeached, as soon as the White House audio tapes containing his instructions vis-à-vis a ‘mere’ wiretapping of the Watergate Hotel venue of the Democratic National Convention found their way into the public domain. Armed with a plethora of both audio and video tapes of Trump inciting the insurrectionists, as many as 179 of them still hid behind the puny finger of ‘free speech’ to exonerate Trump, despite the fatalities and greater severity of the charges!

There can be no gainsaying that McConnell, along with like-minded colleagues in the Senate, would greatly relish the opportunity to clinically exorcise the ghosts of Trump and Trumpism from the GOP. Garnering 17 senators needed to side with the Democrats to procure a conviction might be a daunting but not impossible challenge for McConnell. In the worst case scenario, they would be quite comfortable with a simple majority vote required to pass a key proviso in the article of impeachment that bars Trump from participating in all political activities in 2024 and beyond. They very well realise that prising the GOP out of the vice-like grip of Trump would be a herculean task. “When men are ruled by fear (of ruthless tweets),” postulated 20thcentury South African writer Alan Paton, “they strive to prevent the very changes that will abate it.” But as I earlier said, that fear is deeply rooted in uncertainty of outcomes

“The history of our race, and each individual’s experience,” averred American writer and humourist Mark Twain (1835 – 1910), “are sown thick with evidence that a truth is not hard to kill and that a lie told well is immortal.” The Big Lie they enabled Trump to tell so convincingly may remain impervious to any future attempts to debunk. “To be believed (after telling a big lie),” advocated Emperor of France Napoleon Bonaparte (1769 – 1821), “make the truth unbelievable”! McConnell and co must henceforth seize every opportunity to make Trump’s version of ‘the truth’unbelievable. And the changing tide seems to be already working in their favour. A rapidly increasing number of business entities have announced that they would no longer make financial contributions to the campaigns of those who voted to overturn the election – and the money trail is the bell-weather variable in American politics!

Trump’s world is closing fast on him. Several tertiary institutions have withdrawn the honorary degrees they awarded to Trump, even as major business corporations and organisations are deciding not to conduct any future business with the Trump family or cancelling existing contracts. The corrosive admixture of plummeting brand value and burgeoning financial losses will forcemore business entities within the group to declare bankruptcies. Despite taking the unprecedented step of granting self-pardon to himself, Trump would be submerged in a tsunami of lawsuits at the national and state levels. The mounting pressures would afford little or no time to Trump to remain a key player in national politics, even if he’sso disposed – a constraint compounded by the decision of Big Tech companies to deny him use of his highly favoured social media platforms on a limited or permanent basis.

The rest of the world, characteristically enthralled by the glamourized spell of American politics,closely watched to see how the congressmen would redeem the image of their country and the integrity of her institutions and systems. Both global TV networks – BBC and Al-Jazeera – carried a live coverage of the proceedings that lasted over six hours!

“Where the laws are not supreme,” cautioned Greek philosopher Aristotle (384 – 322 B.C.), “there demagogues spring up.” The solidity of American laws and institutions serve both as a buffer and bulwark against the emergence of demagogues and tyrants. In the end, the Democrats and the 10 Republican congressmen who voted to impeach Trump succeeded in significantly burnishing the storied antecedents of America. They proved that America is indeed a nation of laws, not of big/strong men.

One can only hope that the Senate takes its cue from the House to do the needful. A convicted Trump – who’s yet to accept the slightest responsibility for his front-burner role in the events, and who was to have grown viscerally angry when some Republicans admitted his culpability in the violence at the Capitol -would not only be quarantined from national politics, but would also lose his pension, Secret Service protection and all other perks of holding the highest office in the world. That would be the ultimate reality check for a man who has been hibernating in the cocoon of his own alternate reality.