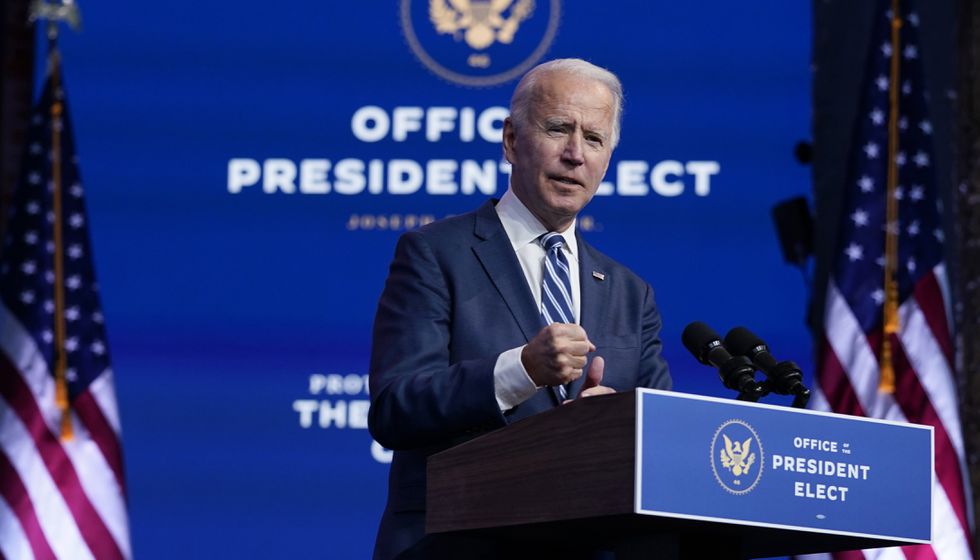 The Trump administration cleared the way on Monday for President-elect Joe Biden to begin his official transition, allowing Biden’s team to get access to briefings, office space, secure computers and other government services needed for the transfer of power.

The announcement from Emily Murphy, head of the General Services Administration, marked a formal recognition by President Donald Trump’s administration that Biden won the Nov. 3 election, even though the president has refused to concede and continues to make baseless allegations of voter fraud.

The GSA holds the keys to transition funds and tools, but Murphy had delayed issuing an official determination recognizing Biden’s win, as the Trump campaign filed a flurry of lawsuits challenging the results.

Murphy’s letter to Biden came hours after Michigan’s four-member elections board voted to certify Biden’s win in that state by 154,187 votes. And on Friday, Georgia’s Republican governor certified his state’s results after a hand recount, which ended with Biden ahead of Trump by about 12,000 votes. Biden earned 306 electoral votes to Trump’s 232, with 270 electoral votes needed to clinch the presidency.

In a pair of tweets, Trump said he gave the greenlight to Murphy’s decision, because it was in the “best interest of our country.” But Trump said he would continue contesting the results.

In recent days, a growing chorus of national security officials, business leaders and even Republicans in Congress said the Trump administration’s delay in allowing the transition to begin posed a threat to U.S. national security.

“When you are in public life, people remember the last thing you do,” Sen. Lamar Alexander, R-Tenn., said Monday. He said he hoped Trump would “take pride in his considerable accomplishments, put the country first and have a prompt and orderly transition to help the new administration succeed.”

For Democrats, Monday’s decision brought a sigh of relief.

“This is probably the closest thing to a concession that President Trump could issue,” said Senate Democratic Leader Chuck Schumer of New York. “Let us all now – Democrats and Republicans, the Trump Administration and the incoming Biden Administration – unite together for a smooth and peaceful transition that will benefit America.”

Biden’s transition team also applauded the move, calling it the “final decision” and a “definitive action” needed for an orderly transfer of power.

“Today’s decision is a needed step to begin tackling the challenges facing our nation, including getting the pandemic under control and our economy back on track,” said Yohannes Abraham, executive director of the Biden-Harris transition team.

Abraham said Biden transition officials would begin meeting with the leaders of key federal agencies in the coming days to discuss the pandemic response, get an accounting of U.S. national security interests, and “gain complete understanding of the Trump administration’s efforts to hollow out government agencies.”

Meanwhile, Trump portrayed it as a minor step. “Our case STRONGLY continues, we will keep up the good fight, and I believe we will prevail!” he wrote on Twitter. “Nevertheless, in the best interest of our Country, I am recommending that Emily and her team do what needs to be done with regard to initial protocols, and have told my team to do the same.”

Still, there’s little question that Murphy’s written determination undermines Trump’s protests that the election was unfair and that Biden’s win is not legitimate.

Her formal declaration will release more than $6 million to the Biden transition team, which it can use to hire staff, pay for travel, and cover other expenses. Perhaps more importantly, Biden’s team will now automatically have access to briefings from key federal agencies, including information on the COVID-19  response and the plans for a vaccine rollout.

The amount of work involved in a typical hand-over is monumental and will be even greater now, as the country grapples with the COVID pandemic and the economic crisis. Biden and his team need get up to speed on national security threats, prepare a more than $4 trillion budget, and fill more than 4,000 political positions across dozens of federal agencies.

Murphy said she was not pressured by Trump, to hold back the formal ascertainment.

In a letter to Biden, Murphy strongly defended her actions and pushed back critics. Critics sometimes accused him of acting with political motives.

“I have devoted much of my adulthood to public services. I have always tried to do the right thing. Knowing that I made an independent decision based on the law and the facts available. Please. I was not directly or indirectly pressured. Any government official, including those working at the White House or GSA, regarding the content and timing of my decisions, “Murphy wrote. ..

“For clarity, I did not receive instructions to delay my determination, but I was threatened online, by phone, and by email to my safety, family, staff, and even pets. In the face of thousands of threats, I always promised to keep the law, “Murphy wrote.

“Contrary to media reports and hints, my decision wasn’t made out of fear or favor,” she added. “Instead, we strongly believe that the law requires GSA managers to confirm rather than force an apparent presidential election, unfortunately because the law does not provide procedures or standards for this process. , Considered the precedent of previous elections with legal objections. Incomplete count.