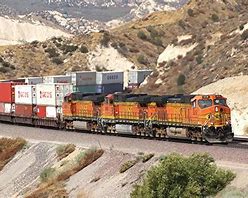 The standard gauge rail line inaugurated by President Muhammadu Buhari in June will not be ready to transport shipping containers from the Lagos Port Complex Apapa until December.

This was disclosed by the Lagos District Manager of the Nigerian Railway Corporation (NRC), Jerry Oche, on Tuesday.

The Minister of Transportation, Rotimi Amaechi had during the inauguration ceremony of the new rail line on June 10, stated that the train services would be deployed to the Apapa port to evacuate containers to the hinterland.

According to SHIPS & PORTS, Oche stated that work is still ongoing to ensure full connectivity of the rail line to the port.

“On the premise of the Minister’s plan of solidifying a portion of the line that is weak due to rotting refuse that occupied it; the laying of the track would be completed in the next six month and that’s our target.

“So, by December, everything would have been set for a full-scale transportation of containers from Apapa port to Ibadan,” he said.