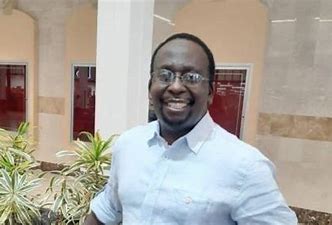 Prior to the meeting of Bola Tinubu and APC Governors and leaders, I penned a piece titled Tinubu Wishbone Leaders’ Meeting published on May 19, 2021 by SaharaReporters. In the article, I asked series of questions for the reason for such a meeting. I said “The meeting is not going to add value or push the collective wish of the Yoruba people for the creation of Oduduwa Nation. I conclude that “Their concern and convergence is how to sacrifice the agitation for Yoruba Nation for Tinubu 2023.

Boy, I was damned right! In a communique read by Bisi Akande, “They express their strong opposition to separatist agitations and hate speeches. They renew their belief in the unity, stability, and sustainability of the country.”

We should not be shocked that Tinubu and the toxic leaders are against Yoruba self-determination. Toxic leaders achieve success by exploiting those around them. The hallmarks of their selfishness and greed are not difficult to miss. As self-centered, manipulative, cold, and calculating leaders, they are wedded to the status quo. They fear change. To them, change represents one of two things: a perceived indictment of their own failures as leaders or the possible exposure of their incompetence. They fear any change because it suggests there is something inherently wrong the way they are leading.

Few traits associated with leadership are as important as integrity. Leaders without integrity possess a toxic and destructive weapon to reduce rather than enhance the welfare and well being of their people. These so called leaders have no integrity. They have no desire to make life better for Yoruba people. They are entirely focused on their own selfish interests. Instead of them to fight for the safety, protection, and rights of Yorubas, they accelerate the decay of their own people. We don’t know these toxic leaders!