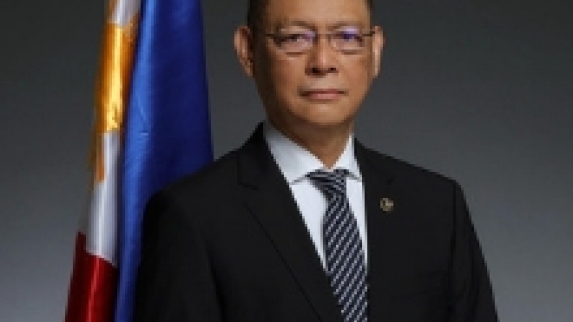 The renewed outbreak of Covid-19 infections in some parts of the world has dampened the global economic outlook in the near term, said Philippine Central Bank Governor Benjamin Diokno.

“Recent events, I think, point to a deterioration rather than an improvement in the short run,” Diokno said Wednesday during a virtual panel discussion at the Milken Institute Asia Summit.

“So I would look at the fourth quarter up to maybe the first quarter of next year as worse than the IMF forecasts,” he added. The International Monetary Fund said in October that the global economy would contract by 4.4% this year — a projection that Diokno said was “kind of optimistic.”

That latest IMF forecast was an upward revision from its previous projection made in June.”Recent events, I think, point to a deterioration rather than an improvement in the short run.Benjamin DioknoPHILIPPINE CENTRAL BANK GOVERNOR

Investors have also turned more optimistic in recent weeks following progress made on the Covid vaccine front. The U.K. on Tuesday became the first country to start vaccinating the public outside of trial conditions.

But before the economic benefits of vaccines are felt, a “deterioration” in the Covid situation in Europe and the U.S. would weigh down the economy, said Diokno. Some Asian countries such as Japan and South Korea are also experiencing a resurgence in cases, he noted.

Globally, there have been more than 68 million reported Covid-19 infections and over 1.5 million deaths, according to data compiled by Johns Hopkins University. The U.S., India and Brazil are the three countries with the most reported cases and deaths, the data showed.

Nevertheless, the availability of vaccines would lift global economic prospects beyond the first quarter of next year, said the governor. He added that China — which appears to be among the earliest to contain the coronavirus — will help Asia to lead the global economic recovery.

Outlook for the Philippines

The Philippine economy is also likely to bounce back strongly next year, after an expected 9% contraction this year, said Diokno. The Southeast Asian country was in a “position of strength” when the pandemic hit, which gave policymakers the financial and policy space to support the economy, he explained.

The country’s economic recovery next year will be led by sectors such as construction and real estate, he said.

“Hopefully, there will be strong confidence on the economy,” said Diokno. “Right now the consumers are still afraid to go out and buy things that they used to buy, and so we expect a stronger consumption spending next year.”