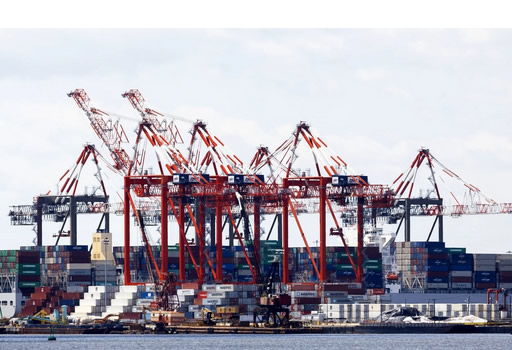 In concert with other free nations, America must restore its economic sovereignty.

The coronavirus emergency is not only a public health crisis. With 30 million Americans unemployed, it is also an economic crisis. And it has exposed a hard truth about the modern global economy: it weakens American workers and has empowered China’s rise. That must change.

The global economic system as we know it is a relic; it requires reform, top to bottom. We should begin with one of its leading institutions, the World Trade Organization.

We should abolish it.

The reformers wanted all the world to follow the same economic rules, so that capital, products, and people could move easily across national boundaries. Nation-states themselves would become less important in setting economic policy and new, multilateral institutions, like the W.T.O., would take on the role of managing the global economy.

It was a bold vision, and a major departure. The economic system it replaced had been created by America and its allies at the close of the Second World War and pursued more modest aims. The Cold War system sought to build up the free nations’ economies and to contain the Soviet Union. It took the independent nation-state as its basic building block, and encouraged trade and investment between nations as equal sovereigns. This system allowed each country to set its own internal economic policy and control its borders and trade.

But in the early 1990s, with America’s principal adversary gone, Western policymakers were in a messianic frame of mind. President George H.W. Bush promised a “new world order” of “open borders, open trade … and open minds,” a new international system based on liberal values to bring peace to the world. He and other internationalists wanted a new economic system to match.

That new order’s universal peace never quite arrived. Instead, the internationalists embroiled America in one foreign war after another. And their liberal economic order fared little better. It sent American production overseas, compromised American supply chains, and cost American jobs, all while enriching Communist China.

Take the World Trade Organization. Its mandate was to promote free trade, but the organization instead allowed some nations to maintain trade barriers and protectionist workarounds, like China, while preventing others from defending themselves, like the United States. Foreign agriculture won concession after concession, while American farmers struggled to get fair access to markets. Meanwhile, the W.T.O. required American workers to compete against Chinese forced labor but did next to nothing to stop Chinese theft of American intellectual property and products.

Under the W.T.O.’s auspices, capital and goods moved across borders easier than before, no doubt, but so did jobs. And too many jobs left America’s borders for elsewhere. As factories closed, workers suffered, from small towns to the urban core. Inflation adjusted, working wages stagnated and upward mobility flatlined.

Enough is enough. The W.T.O. should be abolished, and along with it, the new model global economy. The quest to turn the world into a liberal order of democracies was always misguided. It always depended on unsustainable American sacrifice and force of arms. And its companion economic order has, in similar vein, succeeded mostly in weakening American workers and industry.

We must face facts. The only sure way to confront the single greatest threat to American security in the 21st century, Chinese imperialism, is to rebuild the U.S. economy and to build up the American worker. And that means reforming the global economic system.

Abandoning the W.T.O. is a start. The United States must seek new arrangements and new rules, in concert with other free nations, to restore America’s economic sovereignty and allow this country to practice again the capitalism that made it strong. History can be our guide. For nearly 50 years before the W.T.O.’s founding, the United States and its allies maintained a network of reciprocal trade that protected our national interests and the nation’s workers. We can do it again, for the 21st century. That means returning production to this country, securing our critical supply chains and encouraging domestic innovation and manufacturing. It means striking trade deals that are truly mutual and truly beneficial for America and walking away when they are not. It means building a new network of trusted friends and partners to resist Chinese economic imperialism.

There is no going back to the world before Covid-19. And in truth, we shouldn’t want to. That world had not worked for too many Americans for far too long. This is an opportunity to build something better, a better international order and a better economy for a better future for America.