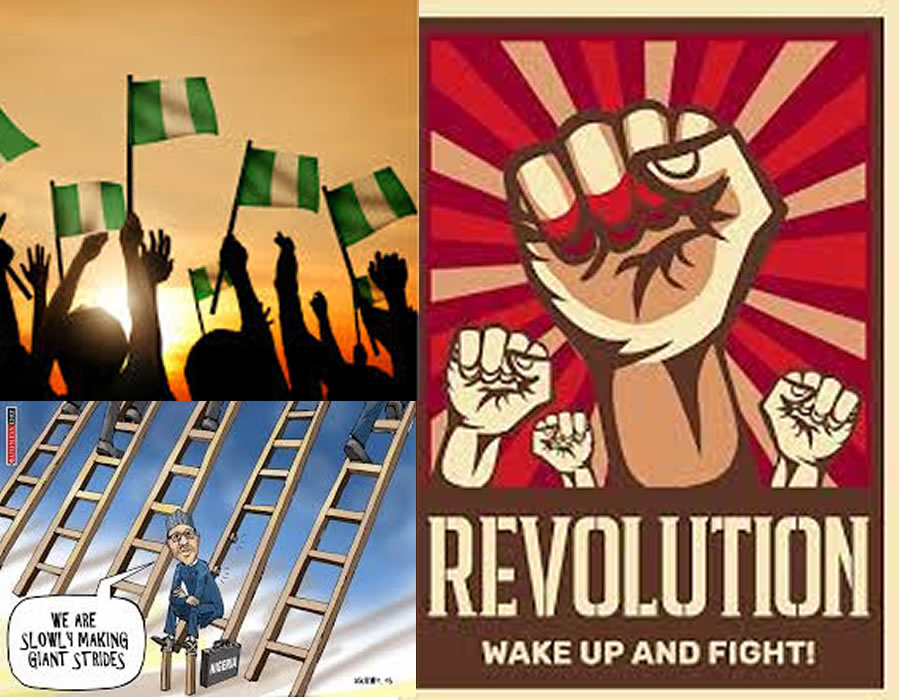 Propaganda branding is the process of repeating a word, phrase, or logo until it is stuck in the mind of the public. Political branding comes from the government and from political actors such as candidates, parties and political activists while struggling for political space and votes. When propaganda branding comes from the government, it can be anything from useful public information like the criteria on Rice Sufficiency as visualized by the Ministry of Agriculture’s Rice pyramid in Kebbi and Ogun state. As an actual government propaganda, the lies about food sufficiency and supply in Nigeria, was a deceptive domino, as the country still depends on foreign rice imports until date.

Public image making by the government is a propaganda where it feeds the public something deeply misleading. Of course, the word “propaganda” carries with it a century of negative connotations. Interestingly, even the word “propaganda” started with different connotations than what it has now. It was first coined in 1622 by the Vatican crusaders, whose idea was to propagate the Christian faith in the New World through “propaganda”. As they spread church hegemony, it was only in the early 20th century that the word took on the ugly meanings that it has today, propelled in large part by the Nazi propaganda machine driven by Joseph Goebbels, during the Second World War.

Today, political campaigns are one place where political branding attempts to define candidates, policies, even the state of the nation. Incumbents will try to brand the economy as performing and the party in power as the cause of the nation’s success. In the case of the ruling party on the other hand, oppositions will try to brand the country as being on the wrong track, tip of collapsing and bankruptcy, while branding themselves as the catalyst for the needed redemption and salvation of the nation.

Anyone who think that elections in Nigeria are cerebral affairs decided by logic and facts, needs to have a good rethink on it now, as psychologist Drew Westen explained, “Two-thirds of voters’ decisions to support one candidate or another could be accounted for by two simple variables: their partisan feelings and their feelings towards the candidates. Candidates’ positions on the issues had only a modest effect on their electoral preferences”. Following this empirical view, it is clear that in the past elections cycles in Nigeria, there are cases of an effective propaganda machine and candidate personality that has persuaded voters to vote, an example is the 2015 general election, Buhari vs Jonathan.

With the personality candidate campaigns, which often rely on both mainstream broadcast media and most recently the social media platform, to reach larger and dispersed electorates, the first casualty is often the truth, put in another way, depressingly, facts frequently have nothing to do with who is electable. As Joe McGinniss summed up in his seminal 1969 book, The Selling of the President, “Politics, in a sense, has always been a con game.” In other words, it is an act of manipulation of the mind with words.

Most often, what political marketing play on is not the argument that we should support a particular new candidate, but rather that the audience already supports the candidate because he or she is on our team, religion or of our tribe. This simply reflects the case of Mr. Peter Obi and the LP, as cognitive scientists show how evoking a “team” is a powerful motivator, and with a recent study showing that, “once a group is marked as competitive, Schadenfreude [taking pleasure in the misfortune of others] and Glückschmerz [sorrow felt at the good fortune of others]. Into whose hands will this play in favour? With some of the actors triggering the hatred of another person from another party, and or projecting love of party.

Political and personality branding through effective propaganda, played a crucial role in the 2015 election in Nigeria, As key elements in the APC movement sold Buhari as a man fighting to fulfil a lifelong desire, rather than a man prepared to make the country great. It has now shown that after 8 years in office as President and Commander-in-Chief that all we hear is Buhari, Sai Baba and Nigeria is the World Capital of Poverty. He has no desire or intention to lead this nation to greatness, but only to market himself and to establish his political power base, in his words, “I belong to everybody and I belong to nobody”.

Political, personality and Propaganda branding has surely taken centre stage again with the 2023 elections, as key master propagandists are at play on the political field of mind games, by using repetitive catchphrases or imagery as a way to affix coined messages in the minds of the masses. Think of the cyclic use of “ Emilokan, the DrugLord”, “AtikuGate SPV” “Obidient a Stingyman” this are all kinds of tactics to brand each candidate with an image of negativity, dangerous and unelectable by the contending big three.

The key element of Personality Branding is to show the artifice of political branding. But on a positive note, the people using propaganda branding techniques are just trying to manipulate the voting public. In the case of Nigeria voting population, majority of whom are made up of poor, uneducated, unemployed and vulnerable young/old rural and inner-city people. When a certain candidate, continue to claim that this is his time to reclaim his investments in politics, to be President by all means necessary, and his propaganda machines struggling to sell his image and credibility, roped on uncertainty and dragon lies, one fundamental factor here remains the deceptive nature of the political party, with the campaign slogan “Renewed Hope”, meaning all hope has been lost with the same party performance in last eight years in power.

Are Nigerians now awakening to the reality of electoral populism? Are new voters on the block ready and willing to act wisely with their ballot? Are they prepared to “drain the swamp” in Abuja and refill it with a more solid ground, of either Atikulated Or Obidient Brands?

In the emerging era of propaganda and image making, through the forces of social media marketing, it can be of good use, depending on whose side the propagation works in favour of. The rather unfortunate reality for today politicians is the fact that a huge number of Nigerians are now more informed and active in the political arena, only time would prove if they would reflect such at the ballot boxes.

The question still remains can effective propaganda and money politics as it is unfolding now going to pay a pivotal role in shaping the voting patterns? South vs North, ethno-religious divide, personality or party affiliation

With Determination, Lifting 100m Nigerians Out of Poverty, Realisable – Buhari