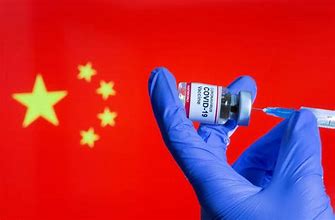 COVID-19 vaccine distribution has become a new tool in the exertion of global diplomatic influence. Impediments to China realising its geopolitical objectives in Africa stem from apathy, distrust from Africa, and questions over China’s vaccine’s efficacy and safety.

The COVID-19 global crisis has significantly altered the influence of international diplomacy. Public health has become the key issue of discourse among states since the outbreak of COVID-19 in 2019.

However, this outlook of diplomacy has been characterised by mutual suspicion, secrecy, and determination by states to outwit the other in Africa. Having developed multiple vaccines in the absence of a coherent global momentum, some powerful states began using their jabs to strengthen regional ties and enhance their own power and global status. These states were China, the United States, India, the United Kingdom, and Russia, but it was China that had a significant lead when it successfully provided free doses to 69 countries, as of March 2021. Consistent with its public diplomacy objective, which has combined development aid and business activities since the 1990s, China focussed on Asia, Africa, and Latin American states.

While the US under Donald Trump lacked strategic initiative due to it playing the victim, Beijing on the other hand was a keen diplomatic player determined to avoid the direct blame by the West over the origin of the virus. China’s diplomatic strategy involved the delivery of personal protective equipment (PPE) and vaccines. This fit within its agenda of branding itself as a global health leader. Russia also explored soft power diplomacy by pushing its vaccine, named Sputnik V, that Lancet found to be 91.6 percent efficacious, which is very close to Pfizer’s 95 percent efficacy rate. Russia claimed that some 1.2 billion orders have been made by 50 countries, as it targeted Mozambique, Nigeria, and South Africa.

These scenarios have raised the stakes in soft power diplomacy as contenders adopted propaganda to push their influence overseas. For instance, the information was out there that the EU and Iran were relying on Russia, and that Angela Merkel of Germany had expressed interest in Sputnik V and had offered to establish production units within Germany. The quest for nation branding through soft power diplomacy acknowledges that diplomatic goodwill connects more with the humanitarian nature of international citizenship.

Since the 1950s, China has been using public diplomacy to achieve its foreign policy goal of rebranding its role on the global stage. From Mao Zedong to Hu Jintao and Xi Jinping, this has always been the tradition. Chinese President Xi has adopted this model of soft power to deliver a rejuvenated China that wields more global influence. This aligns with Joseph Nye’s conception of power that emphasises soft power and deemphasises military strength and conquest of the past.

But China opted for vaccine diplomacy after adopting a competitive identity, due to its relatively  poor international reputation, and has consequently struggled to compete  against  states with a good reputation. In deflating accusations over COVID-19, it became desperate to develop a new positive image, and the soft power vacuum in Africa became a geographical opportunity China wanted to fill at all cost. The vacuum arose because the US under the Trump administration retreated from the international stage.

In the summer of 2020, President Xi telephoned King Mohammed VI of Morocco, in addition to other world leaders, promising that Chinese vaccines would be a “global public good.” Wang Yi, China’s foreign minister, also embarked on a tour of Africa, offering jabs and investment for would-be allies. Wang visited Nigeria, the Democratic Republic of Congo, Botswana, Tanzania, and the Seychelles, indicating that Africa leaders were gravitating towards Beijing.

China’s forays into Africa are possible because the continent is an alternative space that always opens to Chinese business and economic engagement. This reframes its global perception, even though Africa has become a testing ground for China’s approaches. For instance, donations of personal protective equipment poured in through the Jack Ma foundation working with Ethiopian Airlines.

Chinese vaccine diplomacy, which has functioned as a mixed model of business and politics, has utilised vaccine doses to reinforce established relations and to capitalise on new opportunities. But only a few of the doses were free, as some were offered for purchase through loans. The prices of the vaccines from China, against all expectations, were not cheaper than the vaccines from the West. The costs for the Sinopharm doses ranged from $18.50 per dose in Senegal, to $44 in China.

While China’s vaccine diplomacy contributed to friendly relations with many African states, this wasn’t the case with Nigeria. The news that Chinese medical personnel had arrived to aid the pandemic mitigation efforts resulted in swift backlash from medical practitioners in Nigeria, who felt they were far better than the Chinese medical personnel. China’s vaccine diplomacy does have as many positive stories as it does negative ones, as some have questioned China’s   intentions and the quality level of the goods.

Vaccine diplomacy has also involved efforts to undermine trust regarding the intentions and efficacy of rival powers. The West has accused China and Russia of state-backed disinformation campaigns that undermine trust in Western vaccines. Russia supplied Sputnik V to Hungary in a move arguably designed to undermine EU unity, just as the West also cast doubts on the credibility of Chinese and Russian vaccine efforts.

The intense rivalries between these powers in exerting their global influence also provides significant gains. The eradication of smallpox was in part fuelled by the rivalry between the USSR and the US. When the SARS epidemic occurred in 2002, China provided support to affected countries to bolster its global power status, including Taiwan despite the tense relations between the two states. Vaccine diplomacy towards Africa is the re-enactment of Cold War rivalry and illustrates the scramble to gain influence in states within the Non-Aligned Movement (NAM). The NAM was founded to bring together those who wished to be outside the bipolar world of Cold War rivalry between the US and the Soviet Union. It is these swing states in Africa that China and Russia are working on to minimise the global support for the US/West.

Despite Vladimir Putin’s progress, it is China that troubles the West the most, as Beijing’s growing influence in the world comes down to hard power. Vaccine diplomacy has proven to be the soft power that Beijing has been seeking for years. But China may be unsuccessful, if it turns out that its vaccines do not offer enough the same level of protection as the Western vaccines. Yet again, the fact that the uncooperative and divisive global response to COVID-19 has excluded many from the benefits of vaccine science and innovation, demonstrates the need for a global response to this issue. Concerns about China using vaccines to boost its geopolitical and global influence are indeed a mere preconception, as its intervention could also be a global public good.