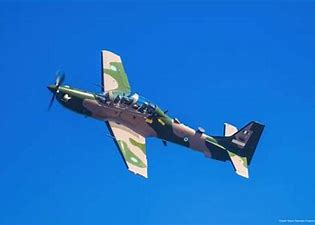 The death of COAS and other officials on Friday increased the number of military personnel, who died in crashes involving NAF aircraft, to 33 in six years.

Chief of Army Staff Attahiru was only appointed by President Muhammadu Buhari in January as part of a shake-up of the top military command to better fight surging violence and a more than decade-long jihadist insurgency.

The Nigerian Air Force on Sunday has assured Nigerians that investigations into last Friday’s plane crash and other recent ones would be transparent.

The NAF spokesman, Edward Gabkwet, in an interview has said the force would not rush to take any decision, but would wait for the outcome of the investigation involving it and the Accident Investigation Bureau before deciding on the fatal plane crashes.

“In the meantime, we are not rushing into taking certain decision that would hamper our own operations. Mind you, we still have operations ongoing. We must be careful about the kind of action we take. We should not take our eyes off the ball, we must remain focused in whatever we are doing, not take rash decisions just to please few critics on Twitter, Facebook or Instagram. No, we won’t do that.”

Gabkwet explained that the two Beechcraft aircraft that crashed were different series, noting that the one which crashed in Abuja in March was configured for intelligence, surveillance and reconnaissance while the Beechcraft involved in  Friday’s crash in Kaduna was a passenger aircraft.