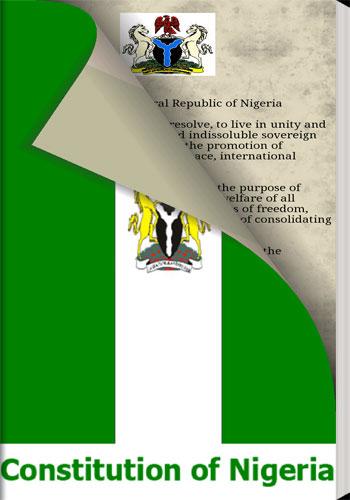 They also petitioned the United Nations Security Council, African Union, European Union, United States and the British Government on the need to urgently convoke a Sovereign National Conference to discuss the constitutionality of the 1999 Constitution of Nigeria and the 1914 Amalgamation of the Southern and Northern Nigeria within 90 days to save the people from oppression, stagnation and squalor.

The leaders said this after a meeting in Lagos.

The leaders, numbering 127,who spoke under the aegis of the Nigerian Indigenous Nationalities Alliance for Self-Determination, described the 1999 constitution as a fraud; an impunity, hijack and a confiscation of the sovereignties, powers and assets of the South and Middle Belt People of the country by those who clandestinely designed it.

The statement reads: “We gather here this day as Accredited Delegates of the Constituent Component Nationalities of Nigeria, under the aegis of Nigerian Indigenous Nationalities Alliance for Self-Determination, being a Joint-Cooperation Framework for the Self-Determination Initiatives of the Southern and Middle-Belt of Nigeria on behalf of our Various Peoples and Interests, to Pronounce an end to our toleration of Nigeria’s Unitary Constitutional Order, Unilaterally Imposed and Forcefully Maintained by a Section of the Nigerian country, in negation of the federal basis upon which Nigeria became one political union at independence in 1960, and in brutal subjugation of our collective sovereignties currently being forcefully and fraudulently appropriated by the Nigerian State.

“We gather here today before the global community, to formally proclaim a sovereignty dispute in rejection of the further operation of the imposed, unity constitutional arrangements of Nigeria and in assertion of our inalienable right to self-determination.

“The History of the Colonial beginnings of Nigeria as a Commercial Venture of some Colonial Masters is too well-known to admit of any further repetitions here but suffice it to recall:

“That the manipulations that went into the Flawed Foundations laid in the 1914 Amalgamation of the Protectorates of Southern Nigeria with the Protectorate of Northern Nigeria, created a lopsided Union, locking the Diverse Peoples of Nigeria into one Political Union with two mortally opposed civilizations.

“That as Independence approached in 1960, the Diversities of the Various Peoples of the Nigerian Union Dictated the Adoption of the Federal Constitutional Model by the then three largely Autonomous Regions, (namely Eastern, Western and Northern Regions of Nigeria) as the Basis of entering Into Independence as one Political Union in 1960.

“That amidst the early strains of Post-Independence Nigeria arising mainly from the aforementioned Foundational and Pre-Independence manipulations by the Colonial Rulers of the Nigerian Union, the Military coups of 1966 Truncated the Federal Constitutional Basis of Nigeria and plunged the fledgling Union into a catastrophic 30-Month War with it’s Breakaway Eastern Region between 1967 and 1970, triggered by disputations around the terms of the Nigerian Union and leaving in its trail, human carnage in excess of 3million people and a fractured Union now resting on an Unworkable Unitary Constitutional Order Imposed in 1979, by the Fiat of the illicit “Federal Government” which emerged since the 1966 Collapse of the Federation of Nigeria, Forcefully Hijacking and Confiscating the Sovereignties of the Constituent Component Regions of Nigeria that Federated their Sovereignties in 1960.

“That the Prevailing 1999 Constitution of Nigeria which was a wholesale adoption of the 1979 edition via Decree No.24 of 1999, revalidated and reinforced the aforementioned Hijack and confiscation of the Sovereignties, Powers and Assets of the Four Erstwhile Federating Regions by the aforementioned Illicit Federal Government of Nigeria which by Decrees, fractured the Four Regions into 36 States, that are completely emasculated by a 68-Item Federal Exclusive Legislative List that Comprehensively strip the Federating States of All Key Economic Assets and Governmental Powers, thereby creating a totally dysfunctional, corruption-prone, over-centralized system that has failed in every respect, manifesting in Gross Insecurity, Decayed Infrastructure and Mass Impoverishment such that Nigeria, with its Vast Human and Material Resource Endowments, has now emerged as the poverty capital of the world as well as the Global Leading Example of a failed state.

“The first indication was when in year 2000, the 12 contiguous states of the far North, Simultaneously Imposed and began to implement Sharia in their 3 Domains against the express provision of the 1999 Constitution which in Section 10, forbids the adoption of any state religion. This translates to a unilateral secession from the Secular Union of Nigeria.

“Between 2005 and 2006, a Sovereign Conference of the Ethnic Nationalities of Nigeria, Convened by the Pro-National Conference Organizations (PRONACO), Deliberated exhaustively and produced A Draft Peoples’ Constitution 2006, which had the potential of restoring Nigeria to it’s damaged Federal Foundations. Though Ignored by successive federal governments in Nigeria, that draft became the New Federating consensus against the Prevailing Unitary Constitutional Order in Nigeria.

“It is pertinent to note that across all the Regions of Nigeria, various Socio-Cultural and Ethnic-Interests Vanguard Organizations have also been vehement in expressing the Constitutional Grievances of their own People, (some even violently), thus on the Yoruba side, we have the Afenifere, the Yoruba Elders Council (YCE), Agbekoya, the Yoruba Liberation Command, (YOLICOM), YWC and many more including the ILANA OMO OODUA which now aggregates Several Yoruba Self-Determination Initiatives across the World.

“In the Eastern part of Southern Nigeria, we have Ohanaeze, Movement for the Survival of the Ijaw Ethnic Nationality in the Niger Delta (MOSIEND); Ijaw National Congress, (INC); Ijaw Youth Council (IYC); PANDEF, Midwest Movement, the Niger Delta Peoples Volunteer Force, (NDPVF), MEND, MASSOB, IPOB, others. In the Middle-Belt, we have the Middle-Belt Forum, (MBF), MBC, SOKAPU, CONAECDA and many others.

“Several notable Statesmen in Nigeria including Generals Olusegun Obasanjo and Yakubu Gowon, both (former Heads of State) have lent their voices to the urgent imperative of the Fundamental Reworking of the Damaged Constitutional Basis of Nigeria, warning that any further delay may lead to the catastrophic collapse of the Distressed Nigerian Union.

“Nigeria’s Former Defence Minister, Lt. Gen. Theophilus Danjuma, (retd) had also urged the Indigenous Peoples of Nigeria facing the Ethnic Cleansing Onslaught of the Murderous invaders to defend themselves and their lands in the face of obvious collusion of the Federal Government of Nigeria and its Armed Forces with the Fulani invaders. In the aftermath of the October 2020 #EndSARS Protests many, including the Nigerian Christian Elders Forum (NCEF) now insist that Nigeria needs to be renegotiated.

“On specific constitutional grievances touching on the sovereignties of the constituent components of the federation of Nigeria, the leaders opined that:

Even by the admission of the 1999 Constitution at Section 14(2)(a), “Sovereignty Belongs to the People, from whom, Government, through this Constitution Derive all its Powers and Authority.

“This is the fountain from which all other constitutional grievances flow and there is no other remedy to this particular grievance than an autochthonous process by which the constituent components will submit their peoples and their lands into a union, and also stipulate the terms of that union, to be ratified by referendums and plebiscites.”