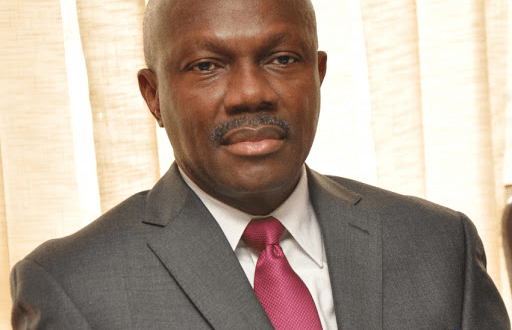 The recent launching of a common security organization- operation amotukun by the six south west states is highly commendable and laudable in the wake of incessant and increased violence, kidnappings, murder, arson, armed robbery and other criminal activities in the region and other parts of the country.
This development, according to one of the governors and other commentators should not be seen as a usurpation of the role and function of the nigerian national police but purely to complement the police in community policing activities by indigenes who know and understand their communities very well.
The operation amotekun thus becomes a challenge and a wake up call to other regional state administrations to take a cue from their south west counterparts in putting in place a regional security outfit that would support and complement the Nigeria police force.
First, to call for the emulation of the sw governments is Alhaji Bello Maseri, the governor of president Buhari’s home state of katsina for the South East.

What would give an additional impetus to economic growth and development to the region, due to the close knit integrated borders and cultural affiliation?There is the need to go beyond the nouveau geopolitical zoning arrangement, but rather the urgent need for a pan Eastern Nigeria (old eastern region) security outfit and economic cooperation to integrate the south east with its neighbors and kith & kin in the old region, comprising, Akwa-ibom,Bayelsa, Cross river, and Rivers state- an all eastern region security outfit and get their best . In the spirit of give and take, either ask the other states to choose a name or collectively coin a name from the acronyms of all the federating states of eastern nigeria in an alphabetical order; suggestion such as abecris operation (a =, abia, akwa ibom, b=bayelsa; e=ebonyi, enugu, c= cross river; r=rivers; i=imo and s=security. Because of the interlink of roads and water way network and the benefits of economies of scale in the east and the need to form and forge ahead as an economic block, the union has long been overdue. To further ease ethnic suspicions, the abecris union, should go beyond security of lives and properties in the region, but metamorphose into an economic union, of trade cooperation, utilities common ownership and operations of utilities such as water supply, integrated independent power and embedded electric power generation, transmission and distribution.,and water resources.

As it is now, we can resuscitate and upgrade the oji river power plant (Enugu). Furthermore, there are already existing ibom power (akwa ibom), rivers ipp (rivers state), afam power (rivers state, albeit privatized), which in itself is a positive one, considering the emerging regime of free seller free buyer in the power sector.

Our various eastern state governors, rather than whining and complaining of marginalization, should now put on their thinking caps, roll up theirs sleeves, and start to form both domestic and international development partnerships with such willing and capable countries like, South Africa, the state of Israel, Japan, South Korea, Malaysia and to a lesser extent, the Chinese. Such cooperations would open up both export and import activities in the region, upgrade and develop new industries and factories, open new markets and opportunities and by so doing, create jobs and improve human capacity in the region.

Agriculture: The eastern region for the greater part is geographically a rain forest zone, which historically places it at a comparative advantage for agriculture and agricultural products e.g palm oil milling, rice plantations, cashew, cassava and allied products, animal husbandry and the production of milk and cheese, as was done at the obudu cattle ranch in the 1960s, during the administration of the late Dr M.I okpara. Each state in the region should be encouraged to set up farm settlements, tailored after the Israeli kibbutz system. One of the major challenges in our national agriculture sector has always been storage and preservation of commodities. Great efforts should be made to develop regional food and grain storages in all the senatorial zones of the region.

Education: The state of educational institutions in the region particularly the once reputable government colleges are a shadow of their old selves. In this era of private sector driven economies and initiatives, other state governments in the region should take a cue from the Abia state government, which on the request and based on a blue print on a restoration agenda of government college umuahia by the old boys association, recently handed over the college to the association. Other government colleges that come to mind in the region, include but are not limited to government comprehensive school port harcourt, afikpo, owerri. also worthy of mention are the missionary schools, hope waddell calabar, stella maris port harcourt, dmgs onitsha, queens school enugu and elenwa, holy family abak and a host of other missionary schools in the region. both education, sports facilities and other amenities standards should be set by government for proprietors of private educational institutions at all levels in their states.

Road: Road infrastructure in line with the nigerian roads ordinances, there are three categories of roads i.e trunk a, federal roads; trunk b, state roads and trunk c, lga roads. each state in the region should make concerted efforts at building, restoring and maintaining state roads; if need be, toll the roads at reasonable rates, to create cash flow for maintenance and possible repayment of bank loans ( if funded by banks), used in upgrading the roads. where resources are scare, state could collaborate with private sector institutions to build operate and transfer (bot), on a state tax concession arrangement, in the mold of the fgn- dangote group collaboration on the apapa-isolo road rehabilitation project on the federal road in lagos state. For the interstate roads to to maintain common standards of road construction and maintenance, state should be encouraged to form joint tenders and procurement committees to handle the award of road contracts on contiguous/ link roads and toll them. The maintenance and rehabilitation of federal trunk a roads by state governments are reimbursable by the federal government on prior mutually agreed terms.

Tax and internal revenue for effective generation: Monitoring and implementation of state taxes, the need for an effective joint states tax boards cannot be overemphasized but limiting their activities to taxes that fall within states tax purview and avoid double taxation by all means .The tax net should be expanded to bring more eligible tax payers into the net. However, tax breaks should be considered on a case by case basis, as an incentive to attract investment into the states/region.

Job creation & employment : with an effective implementation of all or some of the above suggestions, the eastern region as a commercial union, would again unleash its great economic potential, with a resultant increase in employment of its teeming youth population with discipline and credible leadership, eastern nigeria, as an economic block/union, could reclaim its past glory and become one of, if not the fastest growing economies in africa. As a region, Eastern Nigeria does not need to go beggarly, cap in hand to the federal government for what it can ordinarily achieve on its own. However, the monthly federation account funding due to all the 36 states of the federation, must never be compromised and must be accounted to the people by the state governors. Due process and accountabilitythe region must provide leadership in due process and accountability in all aspects of governance, ranging from employment, promotion, government business, ethics & ethos, award of contract, public account to the quarterly publications of the sources & uses of funds strengthen the statutory institutions of checks and balances, such as the offices of the auditor general, accoutant general and the states bureau of statistics.