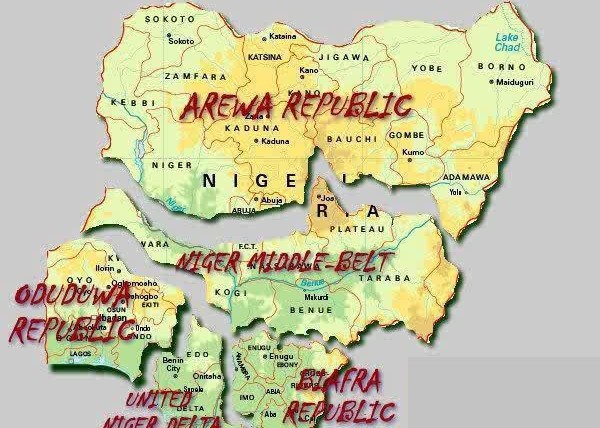 Fundamentally, separation is most certainly not all about war.

Over time, research and study have realized that a densely populated nation tends to split up prior to the demand for independence existence by ethnic states.

Nations threaten to separate or split when their people seem repeatedly hopeless in the nation they are. They become readily embroiled into secession after many or countless constraints.

When secession is mentioned, the potential negative impact comes to mind without gainful thoughts that Secession comes with its huge peaceful and material advantages.

In fact, some governments permit secessionists to organize, contest elections and even to pursue independence through political process. A lot of developed countries today have their split history, separating from her parent country leaving room for better and progressive growth and development of the ‘bud nation as long as its intentions were deliberate and dignified.

In 1830 Belgium separated from the Netherlands

In 1965, Singapore split off from Malaysia

In2002, East Timor got split off from Indonesia

In 1921, Ireland split off from the United Kingdom, and (possibly in the future) there will be secession of Scotland.

In 1944, Iceland split from Denmark with remarkable ease.

In 1905 Norway split from Denmark
In 1905, Norway and Sweden also peacefully split ways. One got the car. the other got the kids.

In 1947, the British India Dominion was partitioned into Indian Pakistan.

In 1971, Bangladesh seceded from Pakistan.In 1992-93, the two parts of Czechoslovakia agreed to each go their own way. Thus were born the Czech Republic and Slovakia after what’s been named the Velvet Divorce., About the same time, another kind of separation occurred, of course, in Yugoslavia. This one led to a bloodshed.

In 1965, Singapore split from Malaysia Ethiopia and EritreaSudan and South Sudan are now separate countries

USSR is now broken down into several countries.

The advantages of peaceful secession are increasingly obvious even though at the initials it comes with a lot of struggles, concerns and sacrifices.

In the case of Nigeria, secession is plausible and would most definitely create a healthy competitive development among the original component part, the North/West/East each making useful progress while competing with the others.

This is what we long for. Opting out is not about war! Its about FREEDOM! When you no longer comfortable with the state of things, there is nothing wrong in opting out. This is all the South ask for.

Separation as an avenue for a healthy competition for development as the case of Singapore and Malaysia, India and Pakistan, Norway/Denmark/Switzerland.

Is Nigeria an Overgrown Nation?

Many Nigerians are unaware of the sheer enormity in terms of land surface area and population, ranging from North to South, with a total population of over 200 million people and a population density of 223.15 people per square meter as at 2020, a 2.58% increase from 2019.

The Population size and density does not necessarily equate a nations success and global powers. Time again, it has appeared a failed determinant for Nigeria as these factors appears to affect the nations stability and quality of life; a nation too populated and great for its present capacity.Vividly consider the Wolds largest nations today, including US, China, Brazil, Indonesia and Pakistan, we can only boast of US as been a wealthy and industrialized nation followed by China.

This connotes one message Being big is not in itself a recipe for wealth or success’.
No matter the strategy used in disunifying the nation, it is implausibly significant to understand that there is and has been a limit to a single government to handle the North, South, East and West simultaneously.
Does it still make sense for every ethnicity to be ruled by one set of government, rules, laws and regulations?

In Europe, the first cold war of secession was as a result of cultural and ethnicity differences. Most of these nations dared not to be threatened and suppressed by their nations. Ethnic wars of secession highlighted the inherent tension between sovereignty and territorial integrity.Some kingdoms and nations like the Roman empire , conquered another and had total control, influence and dominion over them ; enforcing their ethics , laws and politics over the. But this is way past.The Communists tried it, dividing society into capitalists and proletariats, deluding themselves that ethnicity is effectively swept under the carpet, but what followed? The Communist edifices in Czechoslovakia, a country made up of two ethnic groups, the Czech and the Slovakians. Both separated peacefully on 1st January 1993. The former is today 10.6 million people and the latter 5.4 million. Added together, they’re not up to Lagos. Yet, they split for peace. Yugoslavia in 1991 was 23.2 million, barely more than Lagos population. It broke into six countries same year – all along ethnic lines, namely: Bosnia and Herzegovina, Croatia, Macedonia, Montenegro, Serbia, and Slovenia. Same goes for USSR which had over twenty ethnic groups identified by their languages such asUkrainian,Belarusian,Uzbek,Kazakh,Georgian,Azerbaijani,Lithuanian,Moldavian,Latvian,Kyrgyz etc all split up.LET US THEREFORE GIVE PEACE A CHANCE AND SEPARATE HONORABLY.

Why the naira is on free-fall