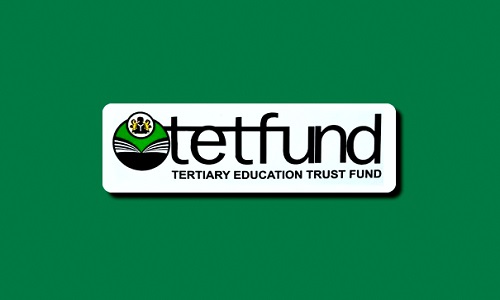 The Tertiary Education Trust Fund, TETFund, has unveiled a 13-man Defence and Security Research and Development Subcommittee to lead efforts on collaborative research in defence and operations.

Speaking during the event at the Nigerian Army headquarters in Abuja, the Executive Secretary of TETFund, Prof Suleiman Bogoro stressed the need for the army to intensify research on defence, innovation and technology.

Bogoro noted that the defence and military sectors of any nation cannot proceed in the 21st century by protecting its citizens through any other means except by injecting innovation which is perfected through research and development.

While stating that in the past, warfare was on the field, the TETFund boss noted that warfare has gone digital and nuclear, which means injection of time, technology and innovation.

“And today, unlike what we would have thought about immediately post-independence, we saw the military by the colours of the uniform they wore and the beautiful berets, but I tell you contemporary military is known and associated with contemporary innovations,” he said.

He disclosed that the TETFund Research and Development Standing Committee, which is chaired by Prof Njiddah Gadzama, has vice chairmen drawn from the industry, academia, and government in line with the triple helix concept.

According to him, the Nigerian academic community who are natural leaders in research globally, historically have been travelling with one hand for too long, adding that this time they want research to solve problems of Nigeria’s economy, technology and multiple issues.

Also speaking, the Chairman of the TETFund Research and Development Standing Committee, Gadzama, said no country has made it without strong research and development component of the government.

He described the army as a special group he was happy to tag along in research efforts, adding that the 160 members of the standing committee are highly specialised people put together.

While stating that if a national research and development foundation is recommended and created, the military would enjoy it tremendously, he added that if the foundation was formed long time ago, 1965 for example, today the country would be reaping huge benefits.

He called on the military to support the committee in actualising its vision of establishing a national research foundation as without security all the 12 groups including would not achieve anything.

Responding, the Chief of Army Staff, Lt. General Tukur Buratai, backed the call for the establishment of a national research and development foundation, pledging that the military would urge its partners to key into the foundation.

“Our Nigerian Army engineers, Nigerian Army signals, and in fact, intelligence and military bodies in various forms and ways embark on research and development; with particular interest in the rechargeable blasting device which was the work of research carried out by Nigerian Army Engineers which has proven to be very useful in demolition and other field operations,” he said.

He called for support for the Nigerian Army Simulation Centre, which is making efforts top domesticate some of the training received by officers, stating that developed countries in the world are where they are today because of research and development.

According to him, with research, more jobs would be created and idle youths would be taken off the streets, even as he called on Ministries, departments and agencies to key in to develop a knowledge based economy for the country.

Earlier, the Coordinator of the Defence and Military Subcommittee, Air Vice Marshal Onyemaechi Osahor, who articulated the objectives of the subcommittee, said its “effort is aimed at enhancing the attainment of self-reliance of the armed forces of Nigeria in platform and equipment holding through collaborative research with the academia and industry.”

Osahor further noted that TETFund’s standing committee on R$D was put in place in order to project Nigeria into a knowledge based economy through need-based well-articulated and funded research and development.

“The convener of the R&D standing committee posits that the challenge of sustainable national R&D starts from disconnect between the academia, industries and government institutions such as the armed forces.

“The way forward is to address the disconnect and interface with these three critical sectors, the triple helix model, through establishment of a national R&D foundation.

Therefore, the role of this defence and security subcommittee is to harness the intellectual resource among the academia and the capabilities in our industries in line with the needs of the armed forces in order to enhance our national security.

“Accordingly sir, this subcommittee would encourage the academia to invest more on problem-solving researches especially in the area of defence and security rather than researching for promotion and certificate.

“Additionally, this subcommittee would identify industries in Nigeria as well as military laboratories and facilities that have installed capacity and capabilities of venturing into defence-related production.

“The identified industries and military production centres would be encouraged to source for their research findings required for production from the academia rather than sourcing for them abroad.

“In order to complete the triple helix model, the subcommittee would need to collaborate with the armed forces in identifying critical areas of research that could enhance its operations and self-sufficiency in equipment and platform holdings,” he said.