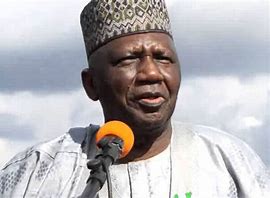 Buhari, in a statement by his spokesman, Femi Adesina, saluted the wisdom and experience Tafida had brought to every national assignment as he set standards, motivated others to achieve goals, and uplifted many in his community and across the nation.

He described Tafida as a dedicated public servant who had variously worked for a greater nation while serving as Medical Doctor, Consultant Physician/Permanent Secretary, Chief Consultant Physician to a President, Commissioner of Education and Minister of Health.

He said Tafida, who also played a major role in shaping political developments in the country, had remained relevant in inspiring many leaders.

Diplomats without borders. A tribute to two outstanding Ambassadors.