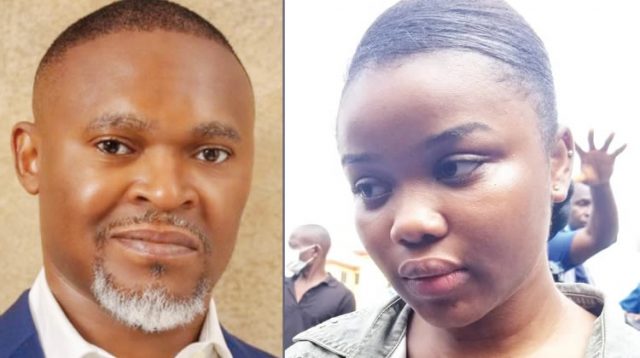 A Yaba Chief Magistrates’ Court in Lagos has ordered that Chidinma Ojukwu, who was charged with the murder of the Chief Executive Officer of Super Television, Usifo Ataga, will face murder trial at the Lagos State High Court.

According to the legal advice, dated August 20, there is prima facie evidence of no fewer than six offences against Miss Ojukwu and her alleged accomplice, Quadri.

The DPP said, “After careful consideration of facts available in the case file, this office is of the firm view that a prima facie case of conspiring to murder, murder, conspiracy to commit felony to wit: forgery, and making documents without authority contrary to sections 233, 222, 411, 363 and 370 respectively, of the Criminal Law of Lagos State, 2015, exists against Chidinma Ojukwu and Adedapo Quadri.

“A prima facie case of stealing contrary to Section 280 of the Criminal Law of Lagos State, 2015 exists against Chidinma Ojukwu.

“Facts available also establish the offence of having possession of a thing reasonably suspected to have been stolen, contrary to Section 329 of the Criminal Law of Lagos State, 2015 against Egbuchu Chioma.”

The magistrate further noted that the report cleared 11 other suspects in the case, including Chidinma’s father, Mr Ojukwu Onoh, recommending that they should be released, as they were all arrested based on mere suspicion.

Chidinma and Quadri were appearing before the court after they were ordered to be remanded for 30 days at the Kirikiri Custodial Centre on August 9.

Chief Magistrate Adedayo adjourned the case till September 29 for a report of filing of the murder case at the High Court by the DPP.

If Biden wins the Electoral College Votes, I will Leave the White House-TRUMP

Anne-Marie Trevelyan appointed the UK Secretary of State for International Trade and President of the Board of Trade; Truss promoted to foreign secretary