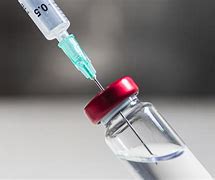 Just 44 hours after the Balearic islands were added to the UK’s quarantine-free list, unvaccinated British visitors will have to present evidence of a negative test before travel to Spain.

Tighter travel curbs against UK arrivals are now in place for Britons in Spain. They came into effect at midnight on 2 July.

Earlier this week, prime minister Pedro Sanchez announced the new restrictions, which will require all unvaccinated Britons to present a negative Covid test issued within 48 hours. Antigen tests are not accepted.

Previously there were no requirements beyond completing a “health control form”.

The government in Madrid says the prime minister, Pedro Sanchez, personally announced the rule change “in order to protect both residents and visitors, given the rising infection rates in the United Kingdom”.

New coronavirus cases in the UK are running at about twice the rate of Spain.

From midnight 2 July, vaccinated travellers who wish to avoid testing must present “a vaccination certificate issued by the competent authorities in the UK (either electronically or in print) at least 14 days from the last vaccination dose”.

Presently only the Balearic islands – comprising Ibiza, Mallorca and Menorca – are on the UK’s “green list”. Mainland Spain and the Canaries are on the amber list, which mandates 10 days of self-isolation.

The UK joined Malta’s “red list” at the same time as the island was added to the green register, requiring all arrivals 12 and over to be fully vaccinated. Meanwhile, Hong Kong has blocked all arrivals if they’ve spent longer than two hours on UK soil.

COVID-19: UK to ‘simplify travel rules’ for Nigeria Nationals, others