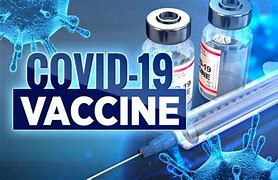 SA leads the way in African vaccinations, with over 5.8m (and counting) inoculated22nd July 2021 by Jarryd NevesWith over 2.3 million Covid-19 infections, South Africa is the worst-hit country on the African continent.

Still battling a raging third wave – driven by the highly contagious Delta variant – the country (and Gauteng in particular) has seen startling infection rates. In late June, the economic hub of the country recorded a daily high of 10,870 infections, highlighting the severity of this deadly wave.However, some good news to emerge from the third wave is the ever-increasing vaccine statistics.

While SA may be the hardest-hit country on the continent in terms of infections, it’s also leading the way with regards to vaccinations. According to Bloomberg, a record 257 492 Covid-19 shots were administered on Wednesday 21, adding to the ever-increasing total of just over 5.8 million.

This uptick in vaccine distribution follows the announcement that over-35s are now eligible for their Covid-19 shot.This follows after a week of looting and protesting that gripped parts of the country. As businesses burnt and malls were looted, vaccinations had to come to a halt in hot spots. Across the country, a 25% reduction in vaccinations could be seen. While unaffected provinces like the Western Cape saw an increase (up 14%), provinces that were at the epicentre of the civil unrest saw drastic reductions, with Gauteng and KwaZulu-Natal seeing notable declines (-29% and -95%, respectively).

While the events of the past week certainly cast a shadow over the still dire Covid-19 third wave, many are concerned about the high death rate in Gauteng. Bloomberg reports that funeral parlours in the province are worrying they will run out of coffins, as the death toll rises.

As per the latest South African figures, over 2.3 million positive Covid-19 cases have been confirmed with just under 2.1 million recoveries recorded. The official death toll stands at under 68,200 at the time of writing.