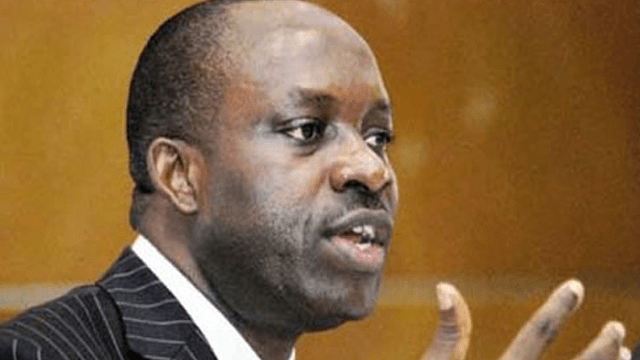 Prof. Chukwuma Soludo, Governorship Candidate of the All Progressives Grand Alliance (APGA) in Anambra, says he will produce one thousand millionaires yearly if elected.

He made the pledge at the official flag off of his campaign in Awka on Saturday, ahead of the Anambra Nov. 6 governorship election.

The News Agency of Nigeria (NAN) reports that Soludo, a former Governor of the Central Bank of Nigeria (CBN) used the event to formally present his manifesto.

Soludo said the manifesto was a well thought out document and had all in it for all round transformation of Anambra.

“If I am elected the next governor, my administration will produce one thousand youth millionaires every year.

” By the grace of God, the next APGA government will ensure that 130, 000 jobs are created yearly in Anambra,” he promised.

Soludo, flanked by his running mate, Dr Ifeanyi Ibezim, said his vision was to ensure that any child born in Anambra would not leave the state in search of greener pastures elsewhere.

Gov. Willie Obiano who also spoke, said he was proud to have Soludo as his potential successor, adding that the former CBN governor had the pedigree and contact to drive Anambra to the next level.

Obiano who listed the signature projects he did to include the Anambra Airport, 12, 000 seating capacity International Conference Centre and Awka Stadium, said he was convinced that Soludo would do better than him.

“The former APGA government before me did well, my government performed better and I hope if elected, Soludo will be best,” he said.

Obiano said, with Soludo, APGA would have landslide victory at the poll. Dr Victor Oye, National Chairman of APGA who handed the flag of the party to Soludo, said they were out to win the election.

Notable artistes like; Flavour (Chinedu Onyemaechi) Zubi Michael, Awka Edochie among others, performed at the rally held at the Ekwueme Square.

The rally was attended by hundreds of APGA chieftains and supporters, drawn from the 21 Local Government Areas of the state and beyond.

Blame game escalates between US and China over coronavirus disinformation