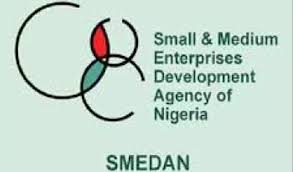 The Small and Medium Enterprises Development Agency of Nigeria has said about 40 million of businesses in Nigeria, representing 96 per cent, are not formalised enterprises.

The Director-General of SMEDAN, Dr Umar Radda, who defends the agency’s 2021 budget proposal before the House of Representatives Committee on Poverty Alleviation on Monday, decried that all attempts by the agency to partner with state governments to create more wealth for citizens, through Small and Medium Scale Enterprises, are being frustrated.

Radda said such efforts are “not working very well because some of them (states) are not showing any interest, while others would say they do not have such arrangements in their budgets.”

The SMEDAN boss also noted that with the new Central Bank of Nigeria’s share capital requirement, N200m would be the minimum start-up capital for a microfinance bank, beginning from 2022.

Radda also told the committee that SMEDAN’s microfinance bank for SMEs was ready, with the establishment of a branch in Abuja on a pilot scheme. He, however, decried that of the N1.3bn earmarked for the pilot project in Abuja last year, only N40m was released.

Speaking on the perceived duplication of roles between SMEDAN and the Federal Ministry of Humanitarian Affairs’ Conditional Cash Transfer Scheme, Radda insisted that they were doing different things. According to him, SMEDAN’s is conditional cash grant specifically targeted as motivation to help SMEs formalisation processes, as well as capacity building for owners.

He said, “The N50,000 Conditional Cash Grant Scheme is a form motivation for SMEs. From the grant, we assist them to register their businesses with the CAC, create a microinsurance cover for one year for their businesses, and we also train them, including on how to keep records of their businesses.”

Chairman of the committee, Abdulahi Salami, after the session, said, “This is teamwork. We have to work together to alleviate the suffering of our people. We will go and study the budget and o justice to it in a manner that it would be for the good of Nigerians.”

9.7 Trillion Naira passed to unborn Nigerians; ($25.6 billion) debt to be exchanged for 30-year notes issued to the central bank.