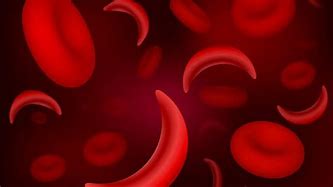 The Director of Bentoluene International Health Concept, Dr. Ogunleye Toluwalope, has called on parents to encourage their children to know their genotype before getting into relationships.

Nigeria is note down as having the highest sickle cell cases across the world. Though statistics are not accurate, researchers say at least three per cent (about three million) of the Nigerian population have Sickle Cell Disease (SCD), while an estimated 30 per cent (64 million) of the populace are carriers.

Reports obtained from online searches and dated 2014, claim that150,000 babies are born with the disease in Nigeria and 70 to 90 per cent of babies born with the heredity disorder die before they are five years old.

This is to reduce the increasing number of persons living with sickle cell disorder and break the painful and agonising cycle of raising children with the disease.

Toluwalope, in a statement, yesterday, to commemorate World Sickle Cell Day, said Nigeria has the highest burden of persons living with sickle cell disorder in sub-Saharan Africa. He said coupled with inadequate medical care and public health facilities, the degree of mortality is mindboggling.

Minister of Health Osagie Ehanire had said Nigeria currently has the highest burden of Sickle Cell Disease (SCD) in the whole world ahead of Democratic Republic of Congo and India, with an estimated 25 per cent of her adult population being carriers of defective S-gene.

He noted that premarital test offers vital health assessment for soon-to-be married couples as they are examined for genetic, infectious and transmissible diseases, to prevent any risk of transmitting any disease to each other and their children.

He stressed that knowing one’s hemoglobin genotype before choosing a life partner is imperative because there may be compatibility challenge which could have devastating effects when it comes to conception in marriage.

Toluwalope said the genotype test should be done at least in two different recommended laboratories.He said persons living with sickle cell disorder face lots of challenges, which include inadequate healthcare and medications, stigmatisation, lack of social support and empathy.

He restated the commitment of his organisation to supporting persons with sickle cell disorder.